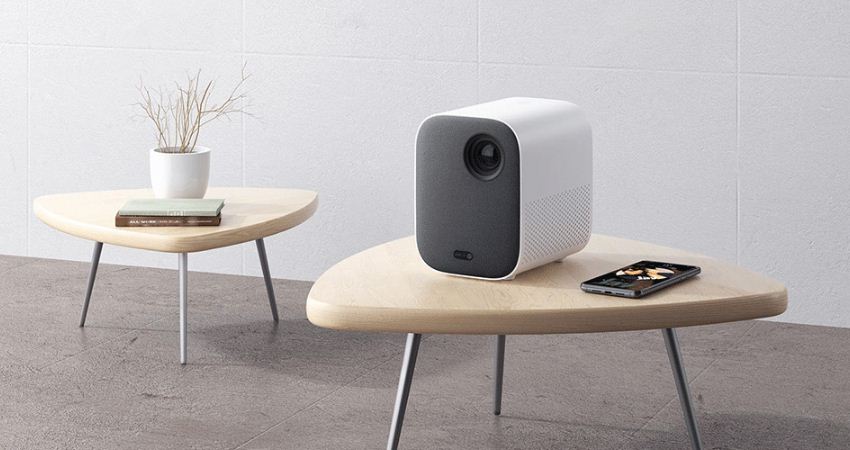 Xiaomi is just not just a budget smartphone manufacturer company but also a great builder of affordable consumer electronics. Recently, they released their all-new 1080p resolution supported  Xiaomi Mijia MJJGTYDS02FM Projector which only retails at about $470 only at Banggood. Don’t tell me this is not a good deal. I mean where could you find a more portable, high resolution (supports up to 4k video playback and native Full-HD) and surprisingly cheap projector from a reputed company like Xiaomi. If you are short on buying those expensive ADLP laser projectors and still want to experience the same Full-HD projection quality, Xiaomi Mijia MJJGTYDS02FM Projector just might solve your problem with 3x lesser the price of Mi laser projector and other ones as well.

Xiaomi Mijia MJJGTYDS02FM DLP Projector – Is It Worth Spending $500?

Xiaomi Mijia MJJGTYDS02FM DLP Projector comes from one of the best Chinese company ‘Xiaomi’, whose other products prove to be long-lasting and durable, this one is no exception. No compromise has been made from the company regarding the build quality and the color scheme. In fact, the design is somewhat unique in comparison to the other projectors out in the market. It’s similar to a portable tower PC with the port placement on the rear. There’s the large area for ventilation on the three sides to improve heat dissipation and the fan noise is also quite (below 30Db) To be honest, it looks somewhat cute with curvy edges. 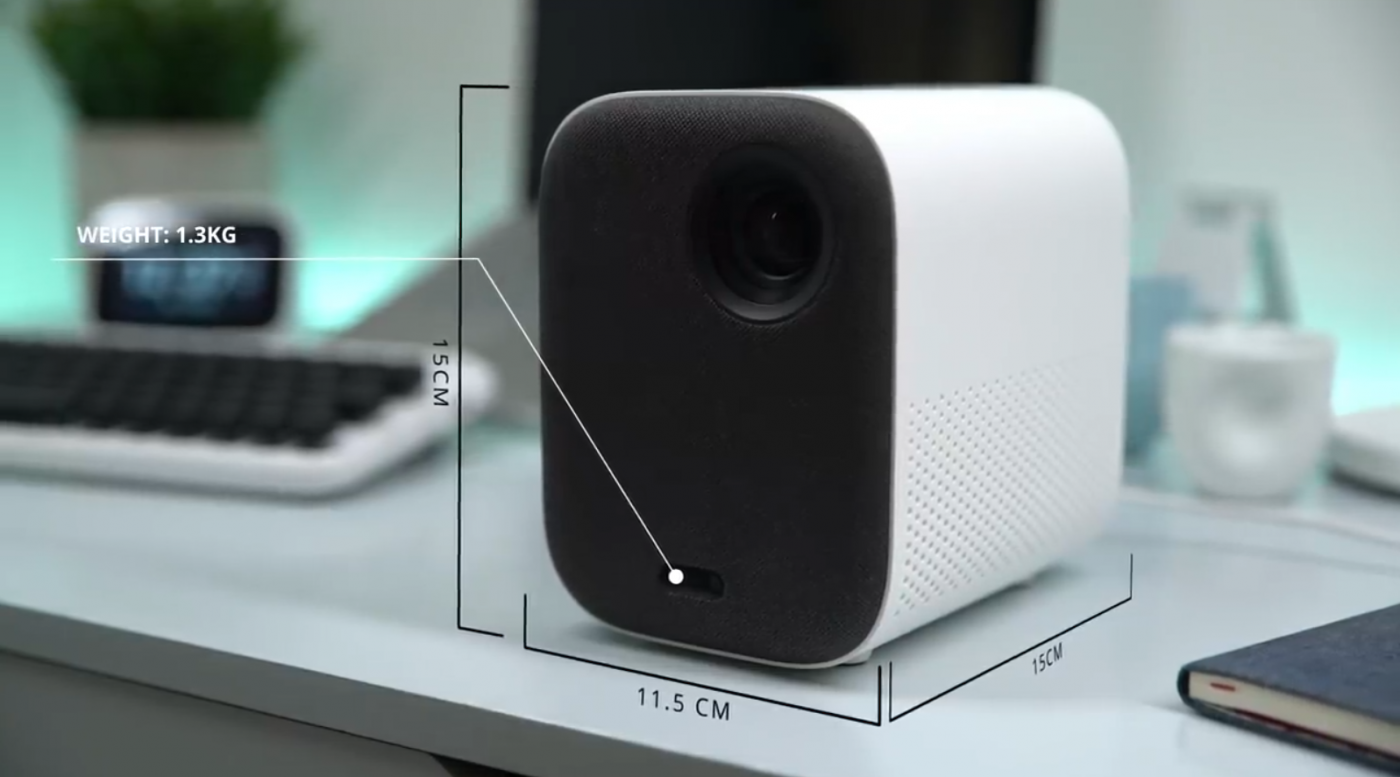 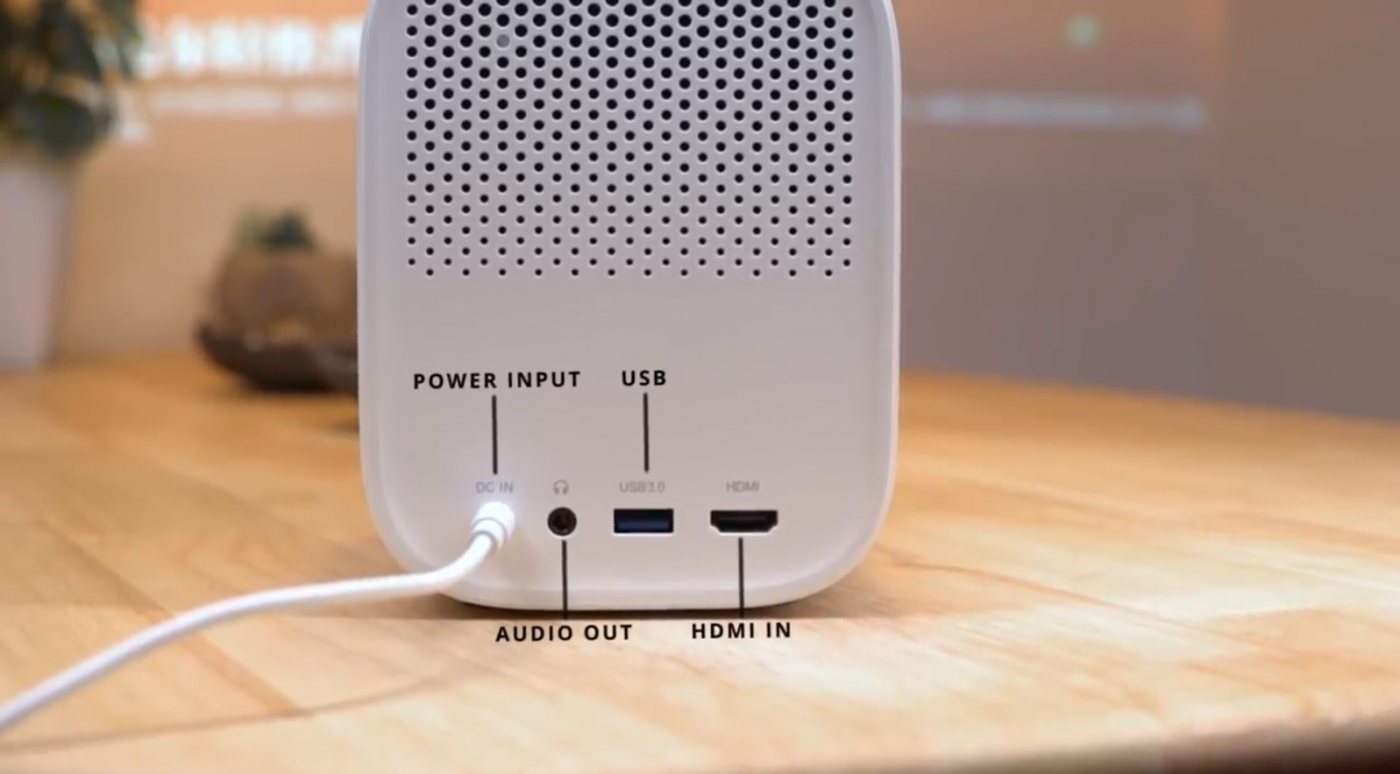 It has a projector lens on the right front side, which projects the light onto the required space. Is it just me who is thinking that the lens should have been in the top center for better aesthetic. Still not bad considering the creativity visible. The speakers which help to create a surrounding audio experience with a one-piece large sound cavity, low-frequency dive to 90Hz. Similar to the Mi Laser Projector it comes in dual tone color, grey on the front and white on the remaining sides. These small details can add a bit of color and life to the place where you install it.  On the rear, it has different ports such as the  DC IN, Headphone, USB 3.0 and HDMI which increases its practicality for the user. It also prevents us from creating tangled wires connected on each side of the projector. Since everything is on the back, the wires are hidden and arranged perfectly. Though I do miss the MicroSD card option and Ethernet port but that’s fine since Xiaomi covered it with USB 3.0 port. 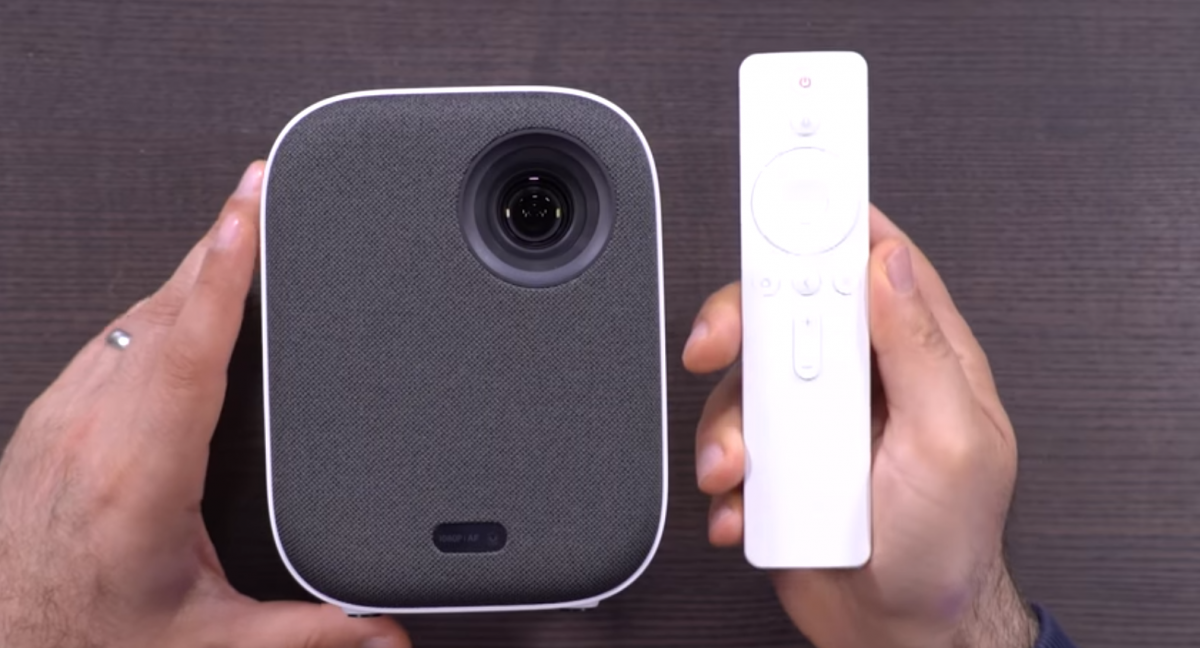 The projector comes with an AI voice remote controller as the accessory. The interface of the remote is clean and simple, similar to the Xiaomi Mi TVs remote controls.

Xiaomi Mijia MJJGTYDS02FM DLP Projector got some solid hardware which leads to buttery smooth performance. The hardware and performance go hand in hand so the user can have the best of the best experience.  It seemed impossible until Xiaomi did it, and provide such high specifications to this price tag for a projector. You simply won’t find a Snapdragon 855 inside a projector but what’s there is still worth of spending this much. Under the hood, we find Amlogic T968-H processor as the heart of the projector which is paired with 2 GB of DDR3 RAM.  It also provides with a built-in 8GB eMMC high-speed flash ROM and if that’s not enough for you there’s always the option of attaching a USB drive or HDD to it. It has an HDR 10 video decoding which produces brighter and colorful image projection with higher and wider color gamut in comparison to the standard ones.

Moving to the projection, this projector can project an image ranging from 40″ to a stupendous 200″ with a 1.2:1 aspect ratio. The maximum projection size is 50″ larger than the ALPD laser projector ones, however, you might need more distance to project that much size and the picture quality will decrease as well with an increase in projection size. I would recommend the projection size to be 75 to 100″, shorter the better. 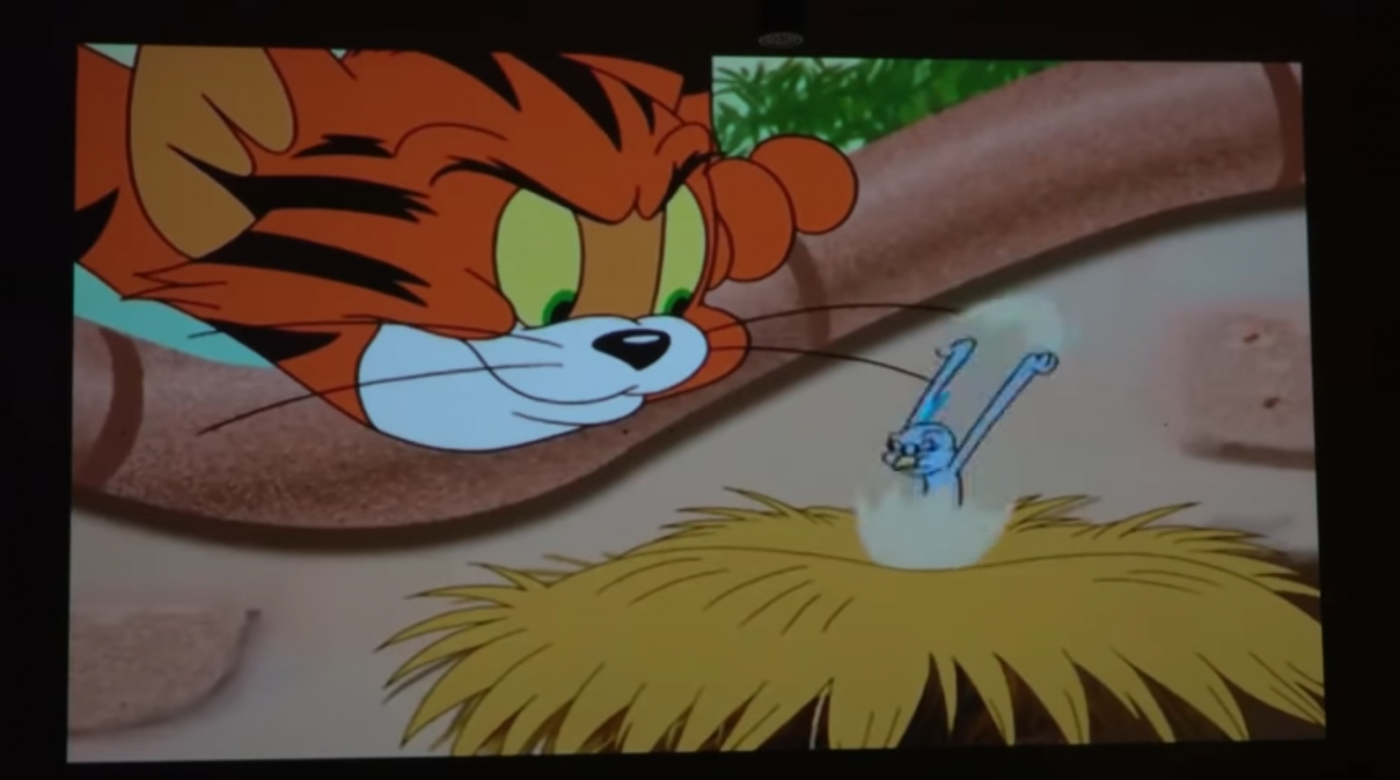 It also has a LED  lamp which has the power of 65W and yields 500 lumens. Though these are nothing compared to the 1000 and 2000 lumens of laser projectors, however, in DLP projectors, getting 500 lumens under $500 is quite an achievement under that tiny size. Moreover, with the RGB + BP four-channel optical, the brightness is increased by more than 20 percent compared with the three channels used in most Chinese projectors. Since the lumens aren’t that much high, the advantage here is the long durability of the LED Bulb which can last for 30000 hours.

Since the native resolution is Full-HD and HDR 10 rendering is there, one can expect an incredible projection under a dark environment. Remember, the brightness isn’t that much so daylight result might be not that good but it still beats the relatively cheap price tag.

A few Chinese projectors have started using the Xiaomi’s own ‘MIUI TV’, and Xiaomi Mijia MJJGTYDS02FM DLP Projector is no exception. This is the greatest selling point of the projector. Chinese projector software isn’t that good but MIUI TV is a global TV Box OS with rich content and colorful tiled layout. The OS does support the English language. Though most of the streaming content is in Chinese but there’s Kodi, YouTube, and Netflix there as well.

In terms of wireless connectivity, we have the option to connect it to WiFi 802.11ac Dual Band supporting both 2.4G and 5G, and Bluetooth 4.0. There’s also Fastcast similar to chromecast to connect to your smartphones and play video from there. 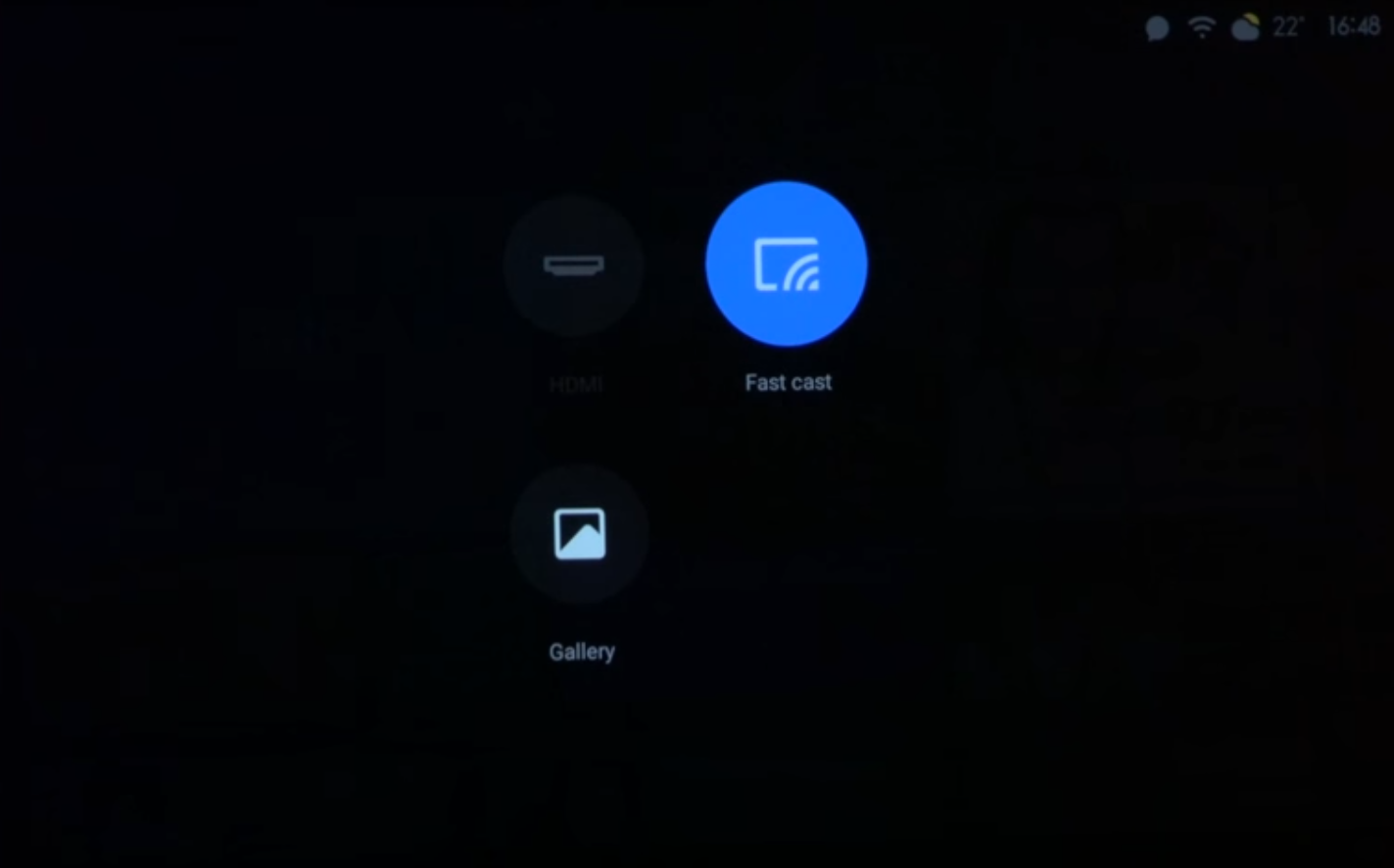 Moreover, the projector also supports 3D playback as well. You just need to get a pair of glasses to see the 3D effect.  More importantly, it has Dolby support under the hood. Simply turning on the projection will autofocus it.

As an overall product, Mijia MJJGTYDS02FM Projector justifies its price range for us. It may not have native true 4k but does support 4K playback and a nice native Full-HD resolution. Furthermore, it is a very unique looking projector, small and compact, very useful for those who travel.  We can say that:

It is a great alternative to those 1080p big projector out there, without any compromise at the price, offering durability, exceptionally good projection, and a unique design. 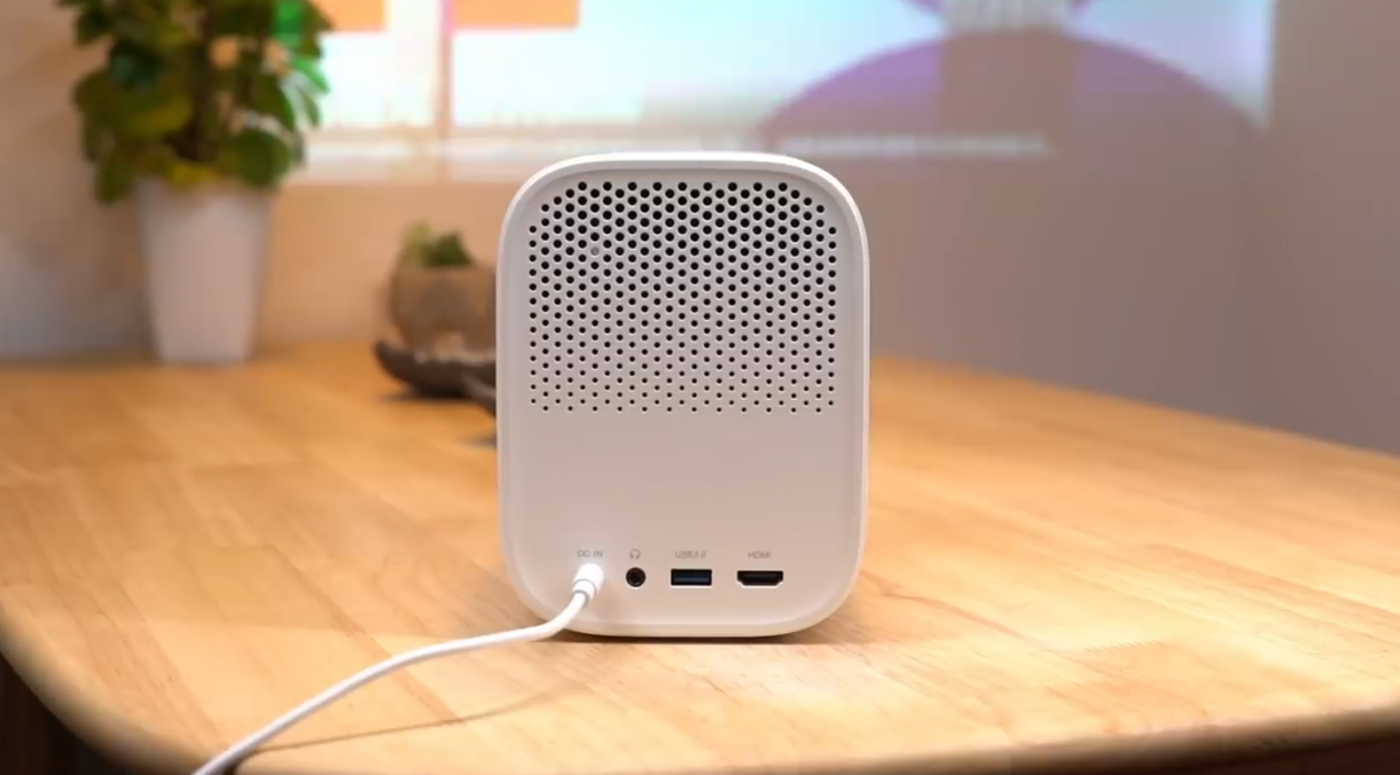 Xiaomi Mijia MJJGTYDS02FM Projector can be bought from banggood.com at the price of $470 and it is available in one color scheme of white and grey.

Here are some more stores on Aliexpress: 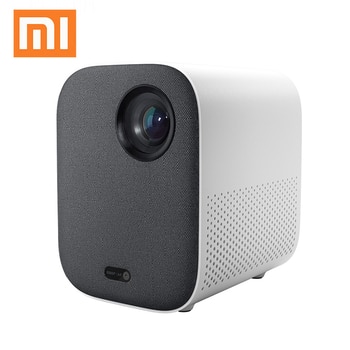 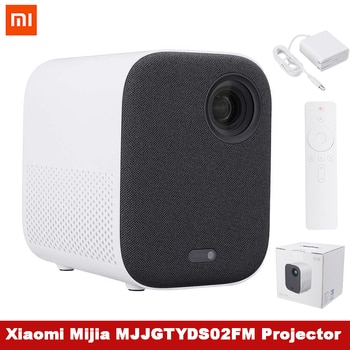 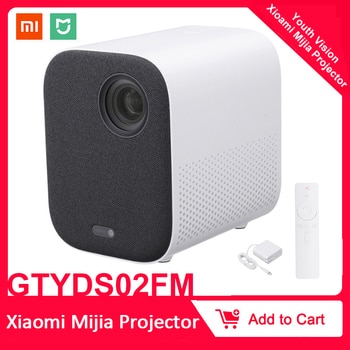