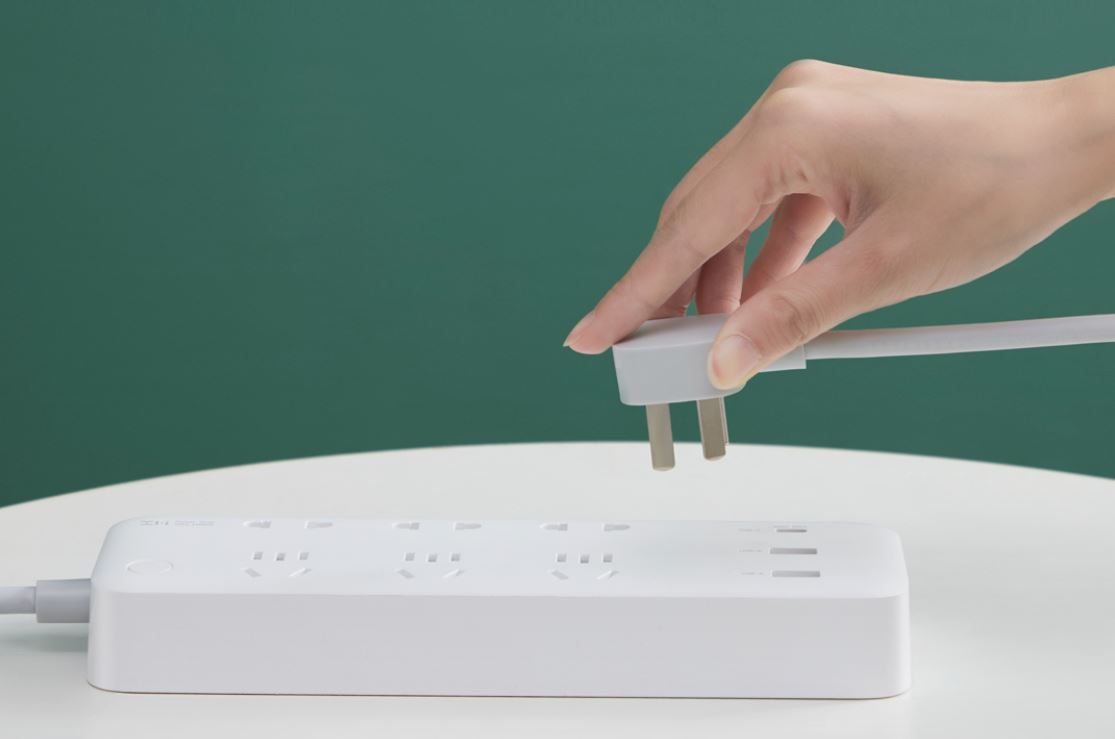 On March 21st, Zimi a sub-brand of Xiaomi released ZMI 65W 6 AC Socket Power Strip with the model name CXP01. The highlight of the power strip is the 65W Type-C port charging along with two standard USB ports for fast charging. So, is the 65W power divided on each port? The answer is no. Only the USB Type-C port supports 65W charging while the other one supports QC 3.0 (18W). 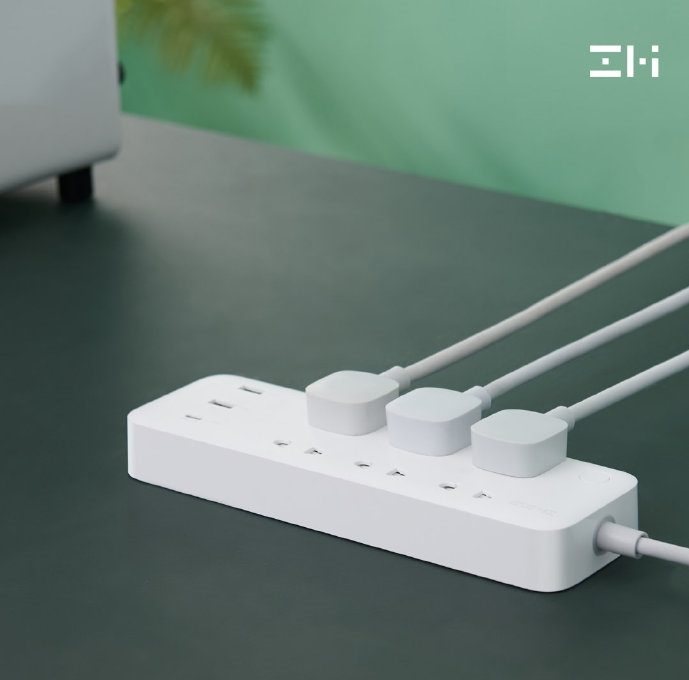 Moving to the appearance, ZMI 65W 6 AC socket power strip (CXP01) adopts a pure white appearance and implements the new national standard. It has six power sockets, three with the Type A + Type C design and three with the type A + type I along with the previously mentioned three USB interfaces. 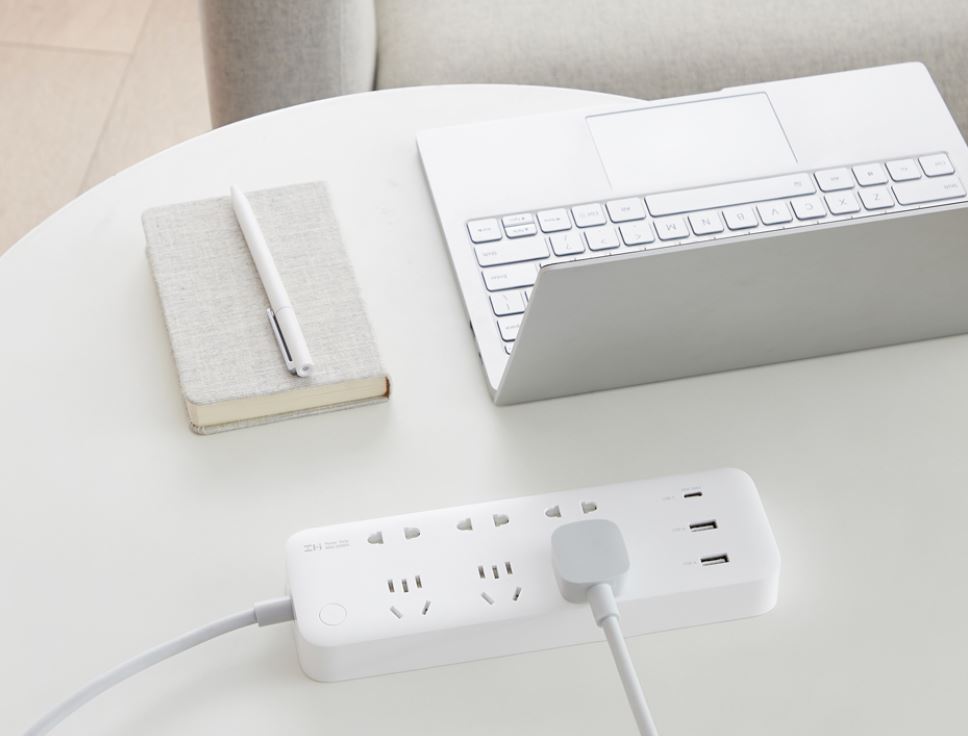 One can easily charge a phone or a notebook without the need of the head charger and expect complete compatibility to Android fast charging (QC 3.0, 45W, 65W), Apple lightning charge, notebooks, Nintendo switch, and tablets.

There is also a dedicated power button to turn of the power directly from the strip instead of plugging out the cable. In the packaging, the manufacturer is generous enough to send a Type-C cable as well. 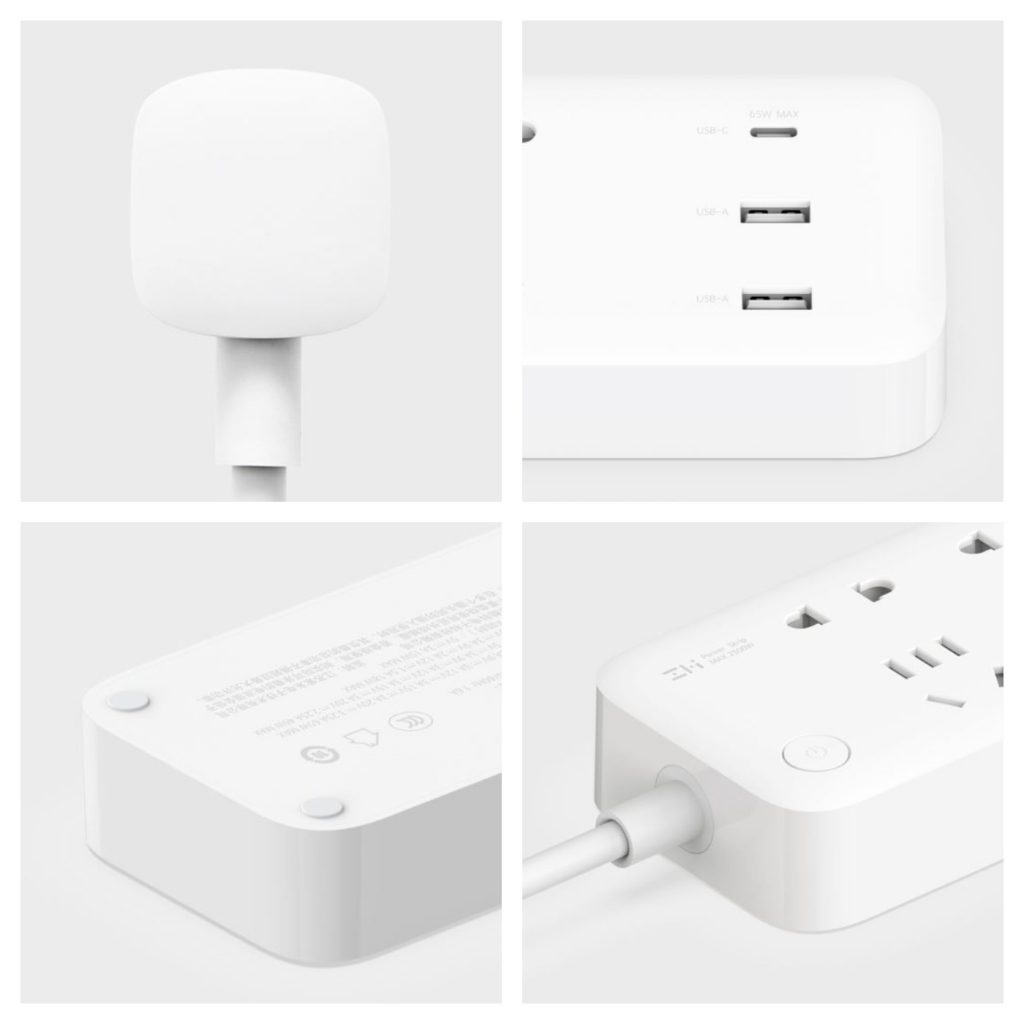 According to ZMi, it can charge:

For child safety, each power socket has independent security doors. The integrated copper strip design is used to avoid continuous heating, in order to increase heat dissipation capacity and electrical conductivity to deal with power transfer problems. The fire resistance temperature of this socket reaches 750 degrees Celsius, and the safety resistance of the socket is 75N.

At the moment, the power strip is only available in China via Jingdong. The price is 149 yuan (21 USD). We will let you know when it’s available for global purchases. Stay tuned!