Today, we will be discussing a new Chinese budget phone under the $100 category. It’s the new CUBOT J9, continuing the ‘budget-friendly’ J-series of the Chinese manufacturer CUBOT. With a price of $79.99 in 2020, the J9 sacrificed many features including 4G networking just to appeal its user with the trending water-drop notch. However, is the sacrifice worth what’s provided now in CUBOT J9, let’s find out:

Starting with the design, the manufacturer has tried its best to make it a rectangular shape smartphone similar to the Mi MIX series or the Sony Xperia lineout. It’s a plastic built which is expected from a sub $100 smartphone. The waterdrop notch is one’s personal choice but its good to see that CUBOT has followed the latest trend despite the limited budget.

However, with the almost perfect design in this category, the black borders surrounding enormous 6.21-inch HD+ screen disappoints us. I mean it’s okay to have black borders but look at the corners, why make the border angled. Though it appears to be ugly to me, still it gives this phone a unique identification. The front chin is quite thin considered the below $80 list and even $100. It’s slightly thinner than the Redmi 8A which is also the same category phone. 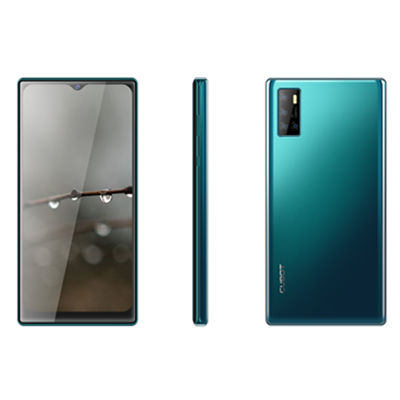 Moving to the rear side of the phone, we witness the quad rear camera arranged in a vertical position, one on the right, below the Dual-tone flash LED. There’s no way of finding which sensor is the primary one as most manufacturers mark it with a circle or separate placement, however, in CUBOT J9, one can’t simply find it. We do believe that the first lens is the primary one which is a default arrangement by a Chinese manufacturer. I liked how they placed the logo on the left side, just to be aligned with the camera and give it a cool appearance.

Getting into the details of the rear camera, we have a quad arrangement (13 + 8 + 5 + ?) where the primary camera is 13MP Sony sensor with a surprisingly large f/1.8 aperture, so it will reduce some background noise in low light condition but don’t expect more it as it will either be an IMX258 or  IMX278, both are outdated. In addition, there is an 8MP 120° ultra-wide-angle sensor which we believe is the Samsung S5K4H7 to allow shooting wide-angle picture. The third lens is the 5MP in-depth sensor (rumored to be Samsung S5K2P7) which can focus up to 2cm away. The last sensor has no detail at the moment but we believe it to be a portrait one for the bokeh effect.

Considering the camera performance, I must say that it’s the best one can get under $80, because no one will offer an f/1.8 aperture under $80. It’s slightly better than the single-camera of  Redmi 8A offered at the same price range and having the same aperture. It’s better in this sense that it does provide the wide-angle, macro, and rumored portrait mode. However, if we compare the raw performance in normal mode, Redmi 8A would be the winner even with the single lens thanks to the much better Sony IMX363 sensor. With the addition of only $15, you can get UMIDIGI A5 Pro which has the best camera performance under the $100 category.

If only the primary sensor would have been better we might have seen the best camera phone under $80.

*Camera samples will be provided soon*

Moving to the hardware section, we have a MediaTek Helio A22 codenamed MTK6761 (Antutu score of around 61,000 points). It has a quad-core configuration with a maximum frequency of 2.0GHz. It’s a low powered SoC with the Cortex A53 cores with the advantage of MediaTek CorePilot technology only. It’s a power-efficient SoC which I’m not complaining, however, it would have been better if they would have used Helio P23 (Antutu score 82,500 points) which has slightly better performance and higher graphical performance. On A22, we can only expect entry-level gaming on the default HD+ resolution and that’s all. 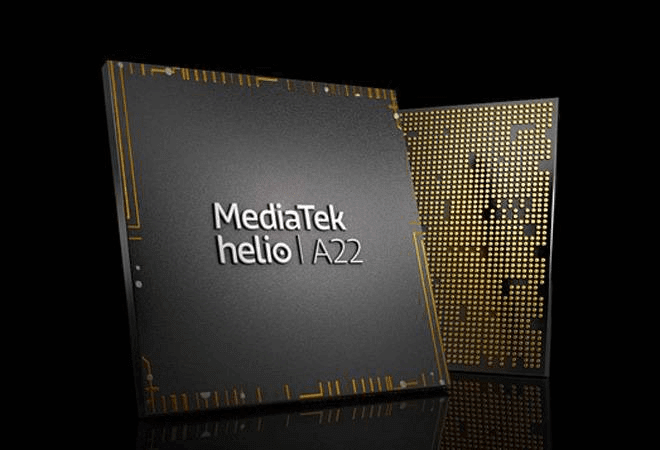 The SoC is coupled with 2 gigs of RAM and 16 gigs of storage which can be expanded via MicroSD slot. Since it’s an entry-level phone, the memory seems to be adequate. However, considering a better option, we recommend UMIDIGI A5 Pro with twice the RAM and storage under a $100 price tag.

Furthermore, the CUBOT J9 provides a rear fingerprint sensor, Bluetooth 5.0 and a 3.5mm audio jack. It does support face recognition as well.

The greatest disappointment is that it doesn’t support 4G networking. It supports only 3G networking. Seriously, it’s 2020, and 5G is getting commercialized and CUBOT is still producing 3G phones. Why?

Now, speaking of the two greatest highlights of Cubot J9 which are not gimmicks are the Android 10.0 OS and the enormous 4000mAh battery. Cubot isn’t that good in providing regular updates on its phones like any other Chinese manufacturer apart from the top ones (Xiaomi, Huawei, Vivo etc.), so don’t expect regular security patches and Android 11 update. Though the bug fixes and stability updates will be provided regularly. From the stock Android 10 one can benefit from:

Combined with the super low power Helio A22 SoC and 4000mAh, the phone can easily survive two days with average use (light gaming, web browsing, and music play).

Summarizing the whole article, I don’t recommend this phone if you are looking for the best hardware performance under $80 or $100. Neither do I recommend it if you want high-speed networking. If you are looking for a budget phone with great battery life, the waterdrop notch and quad rear camera gimmicks to showoff, Android 10 features, and average photography with more functionality, then and only then you might go for CUBOT J9. Otherwise, Redmi 8A, Lenovo K5 Pro and UMIDIGI A5 Pro are the best phones available under the $100 category.

A phone to showoff quad camera and waterdrop gimmicks, enjoy Android 10 features under $80, but at the cost of mediocre performance, not 4G networking, and average camera.