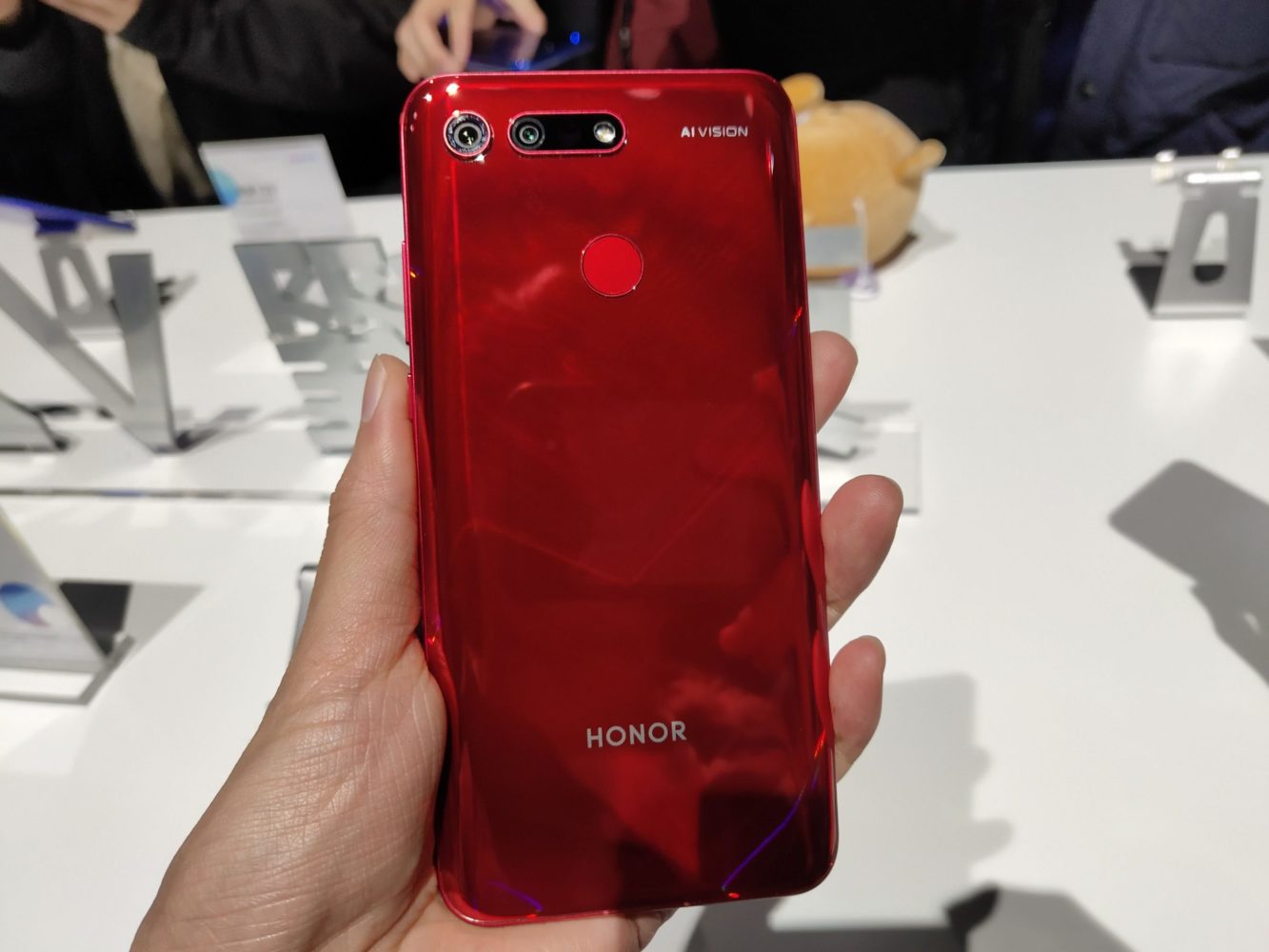 Time flies. Two weeks ago the Honor V20 was presented, a new bet in the Smartphones market that dazzled the world with its design and power. It is not for less since they went into the use of a unique photographic sensor embedded in the front panel, which created the question, what would do the company to maintain the camera’s quality? Finally, the results are appreciable, being Beijing the first city to be able to enjoy it. Let’s get to know the terminal and its design in this Honor V20 Hands-On.

We can see in this Honor V20 Hands-On how the company has put great care in the design of the terminal. The first thing is to highlight its great casing design, where a gradient of colors in the form of an arrow gives a unique touch to the device. Whether we look for it in red or blue, all its presentations are stunning. The back also witnesses a separate rear camera chamber and a fingerprint reader.

The front part is completely screen, featured that is achieved thanks to the inclusion of the camera inside the panel. It has dimensions of 6.4 inches with an FHD + resolution of 2310x1080p. This 2019 will be dominated by 2 design trends, these being those of a sliding body or that of including the camera in a hole in the screen, and we can already see the exponents of both parties.

Previously we mentioned that the company has opted for an external fingerprint sensor, a curious decision considering that little by little, this is also being integrated into the screen, but its location centered on the back is very convenient. Finally, it is pertinent to indicate that it has a metal frame, so we are facing a resistant terminal.

The technical specifications of the Smartphone are at the top of today. During our Honor V20 Hands-On, we were able to appreciate the wonders that the use of the Kirin 980 octa-core processor created. This is the first mobile SoC to use lithography of 7nm and to provide support for LPDDR4X RAM memory (which does not stay for anything short, since it comes in both 6 and 8GB). This is accompanied by a Mali G76 deca-core GPU, allowing it to enjoy a Turbo 2.0 Hardware acceleration technology, especially to get the most out of the games.

The cameras are an important part of the Honor V20 since on the front it includes a 25MP sensor with a f/2.0 focal aperture, AI Micro-Plastic beauty technology and AI self-portrait mode. The back implements a unique classical configuration that brings power to its maximum expression, being this 48MP, greatly compensating the lack of an additional photographic sensor (however, it implement a TOF sensor for three-dimensional scanning).

Other outstanding hardware features are its massive 4000mAh battery with 4.5V and 5A Quick Charge support, and a NINE liquid cooling technology to avoid overheating problems.

Finally, the Honor V20 includes its custom layer of Android 9.0.1 (Pie) under the name of Honor Magic UI in its 2.0.1 version. This gives it compatibility with the YOYO voice assistant.