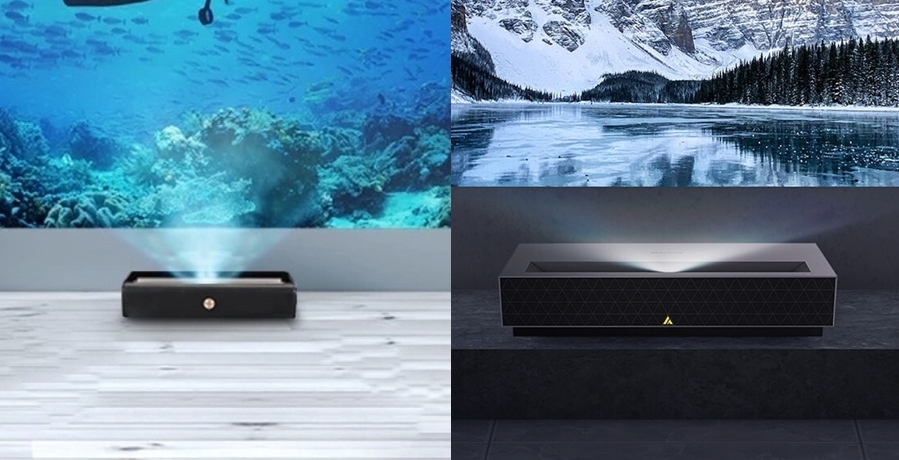 Although not so much is said about them, the market for projectors is very wide and intense. Because of that, there are many companies that are responsible for creating this type of device, and one of the most popular is Xiaomi, which has a large number of projectors. Among them are the Wemax One Pro and Fengmi 4K, to which we are going to compare today to see which one works the best. Welcome to this new Wemax One Pro vs Fengmi 4K comparison!

Before we talk about the specifications found inside these projectors, let’s talk about the most obvious, their design. The truth is that there are no many differences between the design of these two projectors and all thanks to the fact that both were created by the same company. The Wemax One Pro has dimensions of 44.00 x 29.00 x 9.00cm and a weight of 6.85kg, while the Fengmi 4K has slightly larger dimensions of 45.60 x 30.80 x 9.10cm and higher weight, weighing 7.5kg.

Both have a rectangular size, with rounded edges that make it an aesthetically pleasing product, and they also feature a matte finish black coverage. The connections of both projectors are on the back, while on the sides we only get some grilles that help in the ventilation and audio of the product. The front part is all plastic mesh, also to dissipate the heat.

Another important similarity as we can see in this comparison is that both projection systems work with MIUI TV based on Android. The design of the interface these projectors have is very simple, and mostly because it has the option to change the language to English natively. Users will have multiple content stores, among which the multimedia or applications are divided. It also has options to pair with other devices made by Xiaomi, which is always a point in favor. 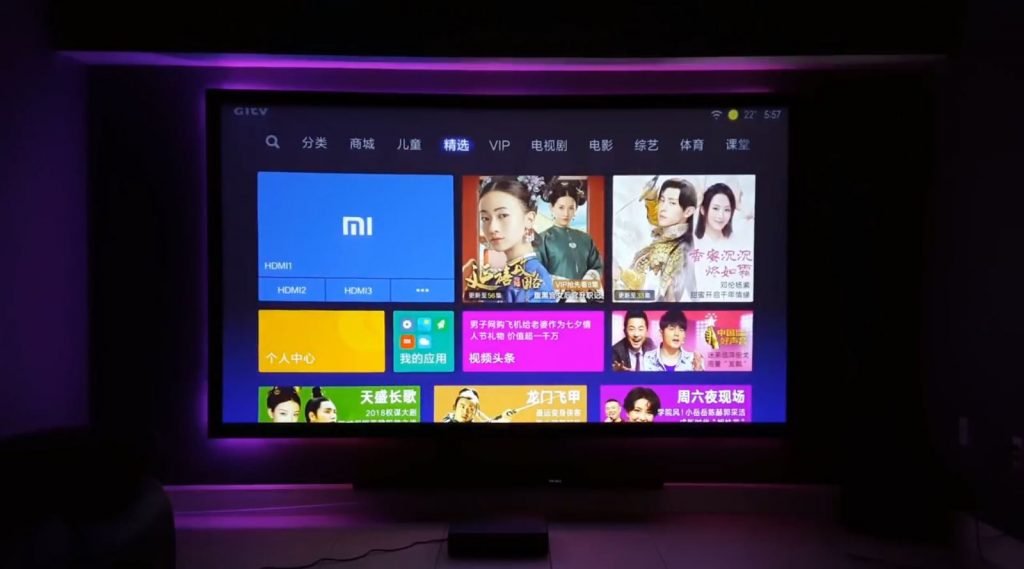 This section is somewhat complicated to quantify because Xiaomi projectors have multiple generations that have been modified over time. To give you an idea, we can get on the market versions whose hardware is made up of a T962X quad-core CPU at speeds of 1.5GHz, as we can also find others with the T968 quad-core at 1.8GHz. Regardless of the case, the power difference is very slight, especially since they all have the same 2GB of RAM and 16GB of ROM. For their part, these two projectors resemble the most modern versions of the Xiaomi projector, with the same T968 processor, the same 2GB of RAM, and the same internal storage capacity. 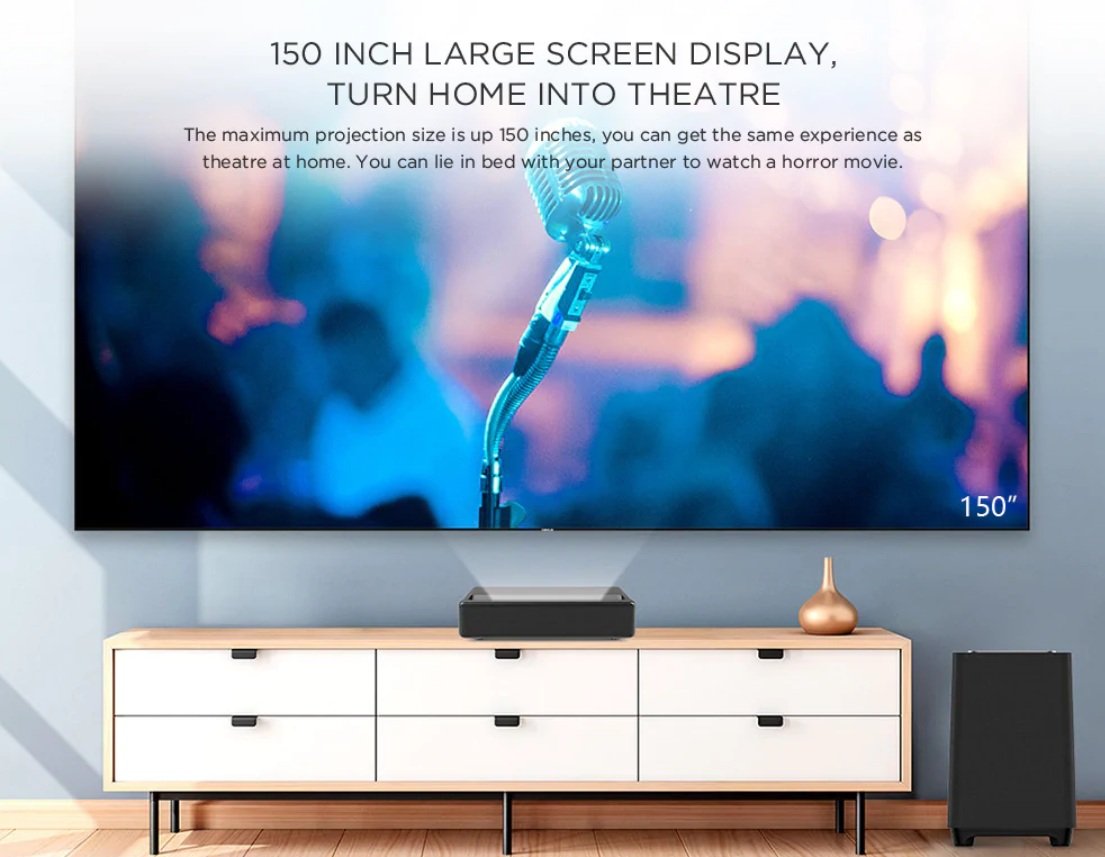 It’s the moment of truth in this Wemax One vs Fengmi 4K comparison. Projection quality is the most important when purchasing one of these gadgets, and usually, the best-known brands tend to be a safe option. Xiaomi is used to providing its users with great quality, and these two projectors are not different.

Having said that, in case it is to the user’s taste to have a projector with lower brightness to be used in night rooms, then the 1,700 lumens of the Fengmi 4K will be the best option, although everything will depend on the user.

These projectors require almost no maintenance; hence their design is different from other similar products. The quality of the image will not degrade over time either, so we can be sure that both are a perfect option if we want durable products. If you are in search of a projector with a native 4K resolution you can also check Xiaomi Mijia 4K Laser Projector.

Xiaomi has us accustomed to cheap devices, so it is somewhat disconcerting to see two of their terminals that reach almost 2,000 USD. However, we are facing two projectors of the highest quality, and it is logical that it is so expensive. In relation to these, both can be purchased in a very simple way, and all thanks to the fact that the Wemax One Pro can be found in the Banggood online store and the Fengmi 4K can be found in Gearbest.

Update: Fengmi 4K has a new version with white color, 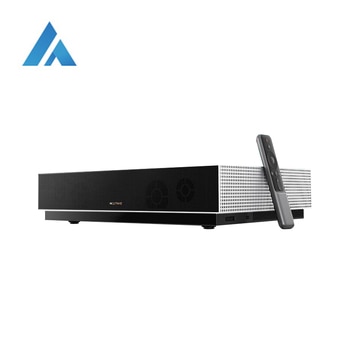 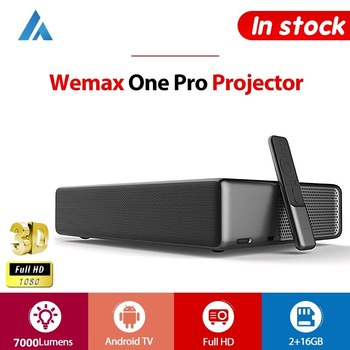