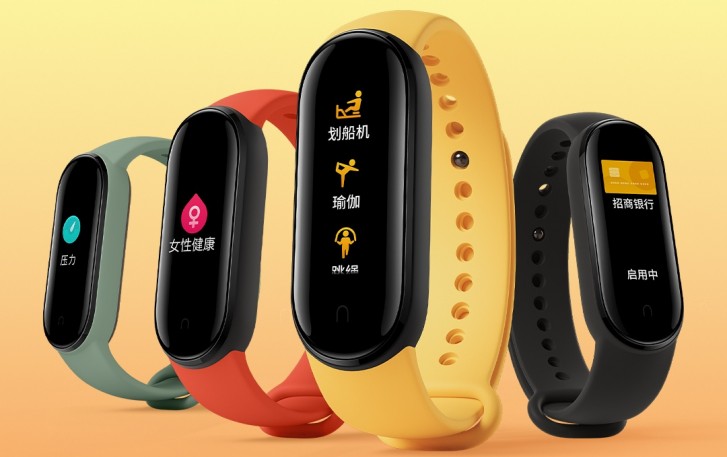 Xiaomi Mi Band 5 – Everything We Need To Know

In addition, the official poster showed a variety of band colors for Xiaomi Mi Band 5, which means that the band is changeable similar to the previous generation. Let’s see if the dimensions are the same and if one can change the straps of Mi Band 5 with the Mi Band 5.

It is understood that Xiaomi Mi Band 5 is available in four colors: cyan, red, yellow, and black. The colors of the cyan and black wristbands are the same as the case. For the red and yellow colors, the case holding the main chassis is black.

The Mi Band 5 has an elliptical shape and a 2.5D curved screen with vibrant colors OLED display. The touch button used for interaction has an arch layout and denies the rumors of having a blank layout. In terms of functions, it supports stress tests, women’s health, sports modes, and NFC.

For the NFC, since Mi Band 4 is releasing with the Global NFC support version, we might also see Global NFC in the Mi Band 5 Global version.

According to the previous leak, the screen of Xiaomi Mi Band 5 will increase from 0.95 inches to 1.2 inches and support the remote camera feature (first time in the mi band series).

*The new features have been bolded, to differentiate from old features*

Let’s see what surprises we might see on June 14. Though we already have most of the features uncovered, thanks to the timely leaks and exposures.