This article has been written comparing the specs and features of Amazfit Band 6 which were leaked on Aliexpress. Once the product is officially announced we will update this article. Cheers!

Starting this Amazfit Band 6 vs Xiaomi Mi Band 5 comparison with the design, both bands have a similar capsule-like design with the 2.5D glass arc to give them a curve effect. Honest, it looks like Amazfit has copied Xiaomi (though Amazfit is Xiaomi’s sub-brand).

Both bands have tempered glass protection giving it anti-scratch protection. However, this thing looks good on paper, but in a real scenario, the hard scratches leave permanent marks on every Mi Band wearable and this Amazfit Band 6 as well. A screen film or cover is a must for these two bands.

The only difference in the design is the front button layout. Xiaomi Mi Band 5 has an inverted U shaped button. Meanwhile, Amzfit Band 6 has a rectangular shaped button. That’s all!

Similar to the design, the strap appearance and material is also the same for both wearables. It’s a soft and dense TPU skin-friendly material with the unique push-button buckle that looks nice and saves while wearing. However, since it’s not a traditional tang type, the hold might not be tight. As for me with the Mi Band 5, it loosens and the band falls sometimes. That’s the problem in every Mi Band generation.

As for the band customization, Xiaomi Mi Band 5 has the most customized bands available on the internet. You can read our 10 best straps/bands for Mi Band 5. Amazfit Band 6 is new and isn’t that popular as Mi Band 5. It doesn’t have that much custom made straps available at the moment.

Considering color choices, we have olive, orange and black band colors for Amazfit Band 6, while for Mi Band 5 there are 6 color choices.

So, just because of the customization of the bands, Mi Band 5 wins this section.

Moving to the screen & display section of this Amazfit Band 6 vs Xiaomi Mi Band 5 comparison, both have the same 1.1″ AMOLED display with a resolution of 126 x 294 resolution, 450 nits brightness.

So, is section has no winner but a tie.

As for the Amazfit Band 6, we also have the 6-axis motion sensor but an accurate one with vertical distance marking as well.

The two bands have a PPG sensor for HR detection and support abnormal heart rate alerts. The accuracy with be discussed in the features and function section. Xiaomi mentions that the PPG sensor has been upgraded in Mi Band 5, making it 50% more accurate than the previous generation. As for Amazfit Band 6, the PPG monitoring is similar to the one found in Amazfit smartwatches and is the most accurate one among the two bands.

As for the algorithms which help in the accuracy of the measurements, we have Amazfit Band 6 with the most updated algorithms compared to the Mi Band 5.

In short, comparing the hardware, Amazfit Band 6 is more accurate than Mi Band 5 and even other budget-friendly brands.

Coming to the section of this Amazfit Band 6 vs Xiaomi Mi Band 5, where we see the difference between both bands.

We all know that Xiaomi Mi Band 5 didn’t have the major anticipated functions including the Alexa voice support and more importantly SPO2 detection. However, Amazfit Band 6 features these two functions covering the downside of the fifth generation of Mi band. It also features all other features of Mi Band 5 these include:

Both bands have the following 11 sports modes:

Thanks to the SpO2 and Alexa voice assistant, the winner of this section is:

Honestly, if Amazfit Band 6 is going to be expensive than Mi Band 5, it is because of the Amazfit brand and its App known as Amazfit.

Unlike Mi Band series ‘Mi Fit’ app which also has ads, the Amazfit has no ads, better UI, detailed reporting, and a larger social database and options. Moreover, algorithms like the SomnusCare, Oxygenbeats, Biotracker 2, and huami–PAI are worth the price difference.

The battery life of the two bands depends on the frequency of usage, the HR interval set, the brightness setting and other features activated, so the results may be different from that advertised (better or worse)

*1 point even in case of a tie 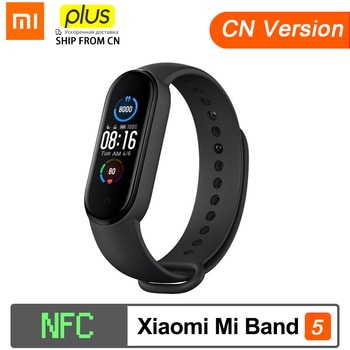 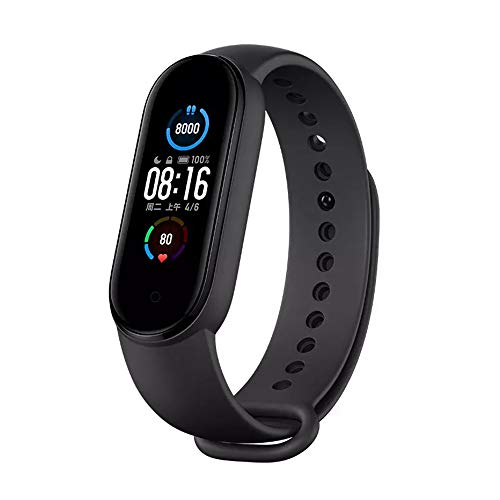 I hope you liked this Amazfit Band 6 vs Xiaomi Mi Band 5 comparison. Share your thoughts about these two wearables in the comment section and also rate this article.