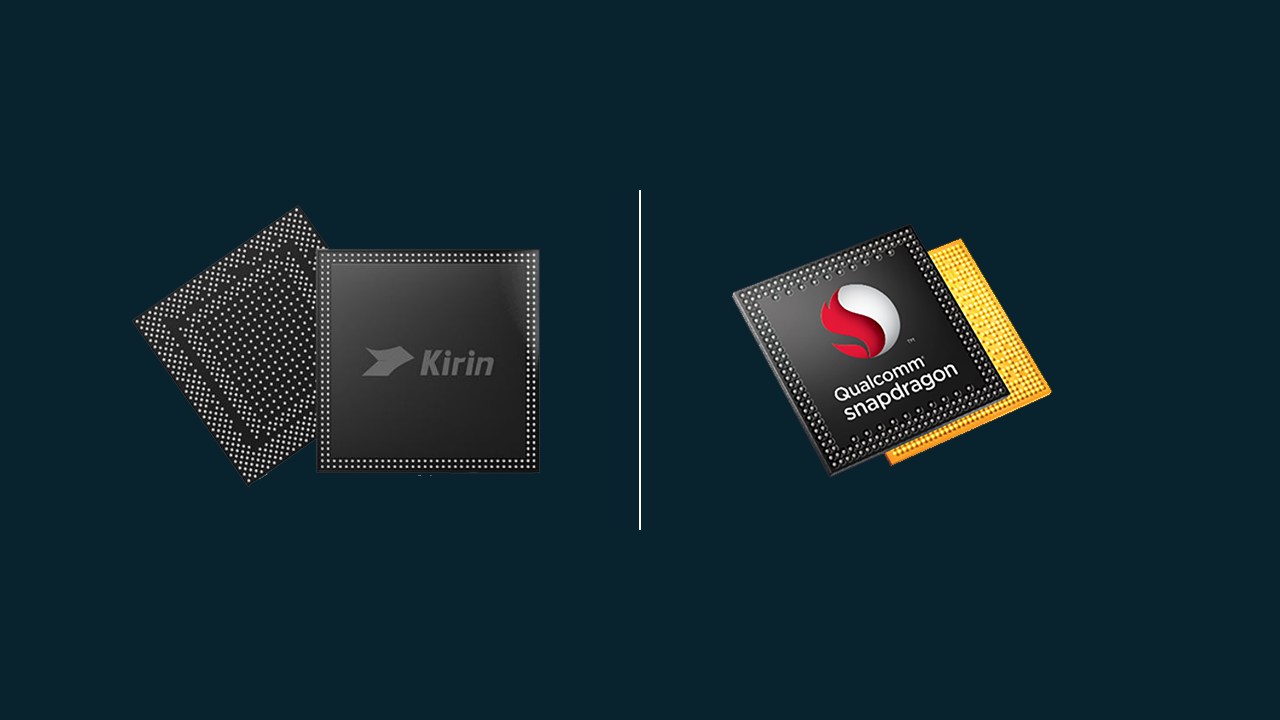 Kirin 820 Vs Snapdragon 765G Comparison – The King of Mid-End SoCs?

Recently, with the release of Huawei Honor 30S, Kirin 820 received a lot of attention due to its incredible performance. However, it has a similar tri-cluster configuration to the Snapdragon 765G. So, let’s test this SoC against the best upper mid-end SoCs in which Qualcomm has to provide which is (Snapdragon 765G) and see which one is the best upper-mid end SoC in this Kirin 820 Vs Snapdragon 765G comparison.

Kirin 820 Or Snapdragon 765G? The Battle For The Mid-End Supremacy!

Kirin 820 was released on March 30. Honor 30S is the first and the only phone to date which features the Kirin 820 SoC.

Starting with the Kirin 820, we have the TSMC 7nm process which is also seen in the last year’s high-end Snapdragon 855 and 855+, but instead is N7P, DUV-based like the recent Snapdragon 865.

On the other hand, Snapdragon 765G is based on the latest 7nm LPP EUV process by Samsung. It’s the same process used in Kirin 990 and Exynos 990.

So, if we compare the process technology, which determines the performance/power efficiency, Snapdragon 765G has a much better process which allows it to have better energy utilization and heat dissipation than the Kirin 820. Why? Because of the EUV process allows 10 billion transistors (10.3 billion transistors) on a board area which is 36% less compared to the previous generation.

However, remember that the EUV process allows more space on-board, however, the power efficiency gap between the second and third 7nm generations isn’t that much and one can’t even see this gap on the actual test.

Moving to the CPU section, Kirin 820 uses a tri-cluster layout on the octa-core design with the 1+3+4 core distribution. First, we have one high-performance Cortex-A76 core running at 2.36GHz. Then, we have the three mid-performance Cortex-A76 cores at 2.2GHz. Last but not least are the four power-efficient Cortex A55 cores running at a maximum frequency of 1.84 GHz.

Snapdragon 765G uses a Kyro 475 CPU based on a similar tri-cluster design (1+1+6) which is new in this 7 series. It consists of the one high-performance processor which is the new Kryo Prime Cortex–A76 running @2.4GHz, another Cortex-A76 but based on Kryo Gold running @2.2GHz and six energy-efficient Cortex–A55 cores running @1.8GHz. In comparison to SD 765, the G version has a slightly higher upper core frequency.

It’s good to see that both of them haven’t utilized the latest Cortex A77 core and saved for the next year’s 5nm process. Because Cortex A77 shows its full potential on the 5nm process.

Anyways, comparing both CPUs, we see that the Kirin 820 has more mid-performance cores (3) compared to the Snapdragon 765G (1), which makes it stand out in multi-core performance. We have AnTuTu V8 Benchmarks to further prove the point. However, we should note that Snapdragon 765G is still the most energy-efficient SoC because of only one high and one mid-core.

Kirin 820 features the new 6-core Mali-G57 MP6. The G57 is a mid-end GPU series with the new Valhall architecture. It has 30% better graphical performance, 30% better energy efficiency, and up to 60% performance improvement for ML workloads when compared to the previous generation which is Mali-G52. It is based on a 16 nm process and has a maximum frequency of 850 MHz.

SD 765G has upgraded its GPU from Adreno 618 to 620 which is also overclocked. The 765G’s overclocked Adreno 620 GPU has 35% better performance than the Adreno 618 in the 730. This is much better than the CPU improvement we just talked about in the above section. It’s based on the 7 nm process and has a frequency of 750 MHz.

MediaTek Mali series GPUs have almost outperformed their level of Snapdragon Adreno GPUs, in the mid-end category. Comparing, the Mali-G57 MP6 with the Adreno 620, Mali is way ahead thanks to the 6 cores configuration and better frequency of each core. Even the 4-core Mali-G57 of Dimensity 800 beats the Adreno 620. The benchmark also proves this point.

Here’s the comparison of Kirin 820 Vs Snapdragon 765 on AnTuTu Benchmark with other mid-end SoCs in the market: 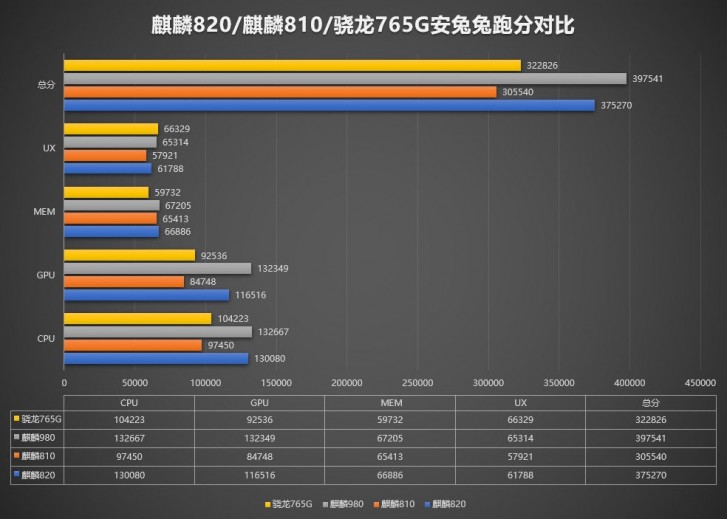 As you can see that the Kirin 820 scores around 375,270 points on AnTuTu v8 featured on Honor 30S. Meanwhile, Snapdragon 765G scores 322,826 points. Kirin 820 beats Snapdragon 765G in almost every section of the benchmark including CPU, GPU, and MEM, apart from the UX (slight difference). 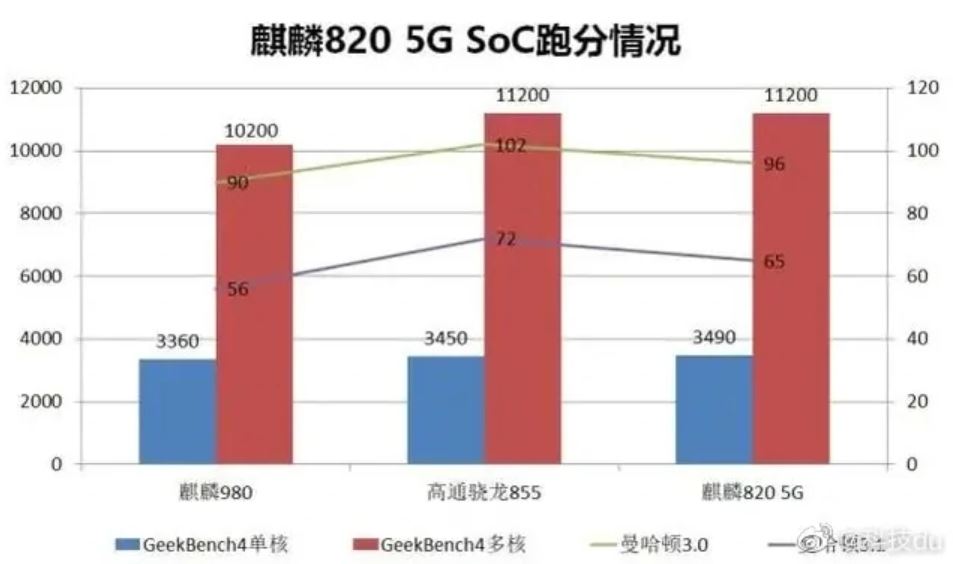 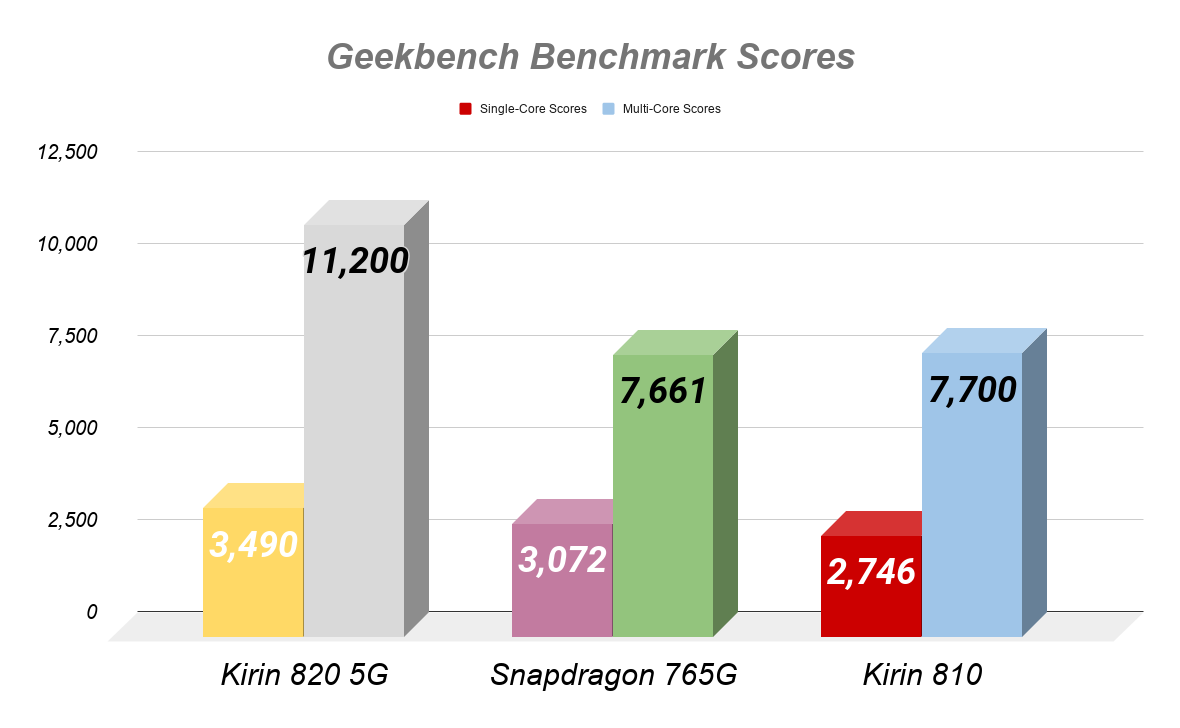 In 2019, Kirin 810 topped the AI scoring chart and looks like Kirin 820 will again top the chart this 2020 for the mid-end because the Da-Vinci AI Engine has received a major improvement. Apart from the one big + two small cores, they have added another big core making it a Quad-core design. Due to this, the AI performance is a freaking 73% better over the AI of Kirin 810.

Snapdragon 765G incorporates the latest Hexagon 696 Processor for AI tasks and operations. In terms of AI performance, the SD 765G TOPs score is 5.3.

The Kirin 820 features the same network modem as the Kirin 990 5G which is the Balong 5000 5G Modem. This modem supports both the SA-NSA 5G Mode and Multi-Mode 5G networks. 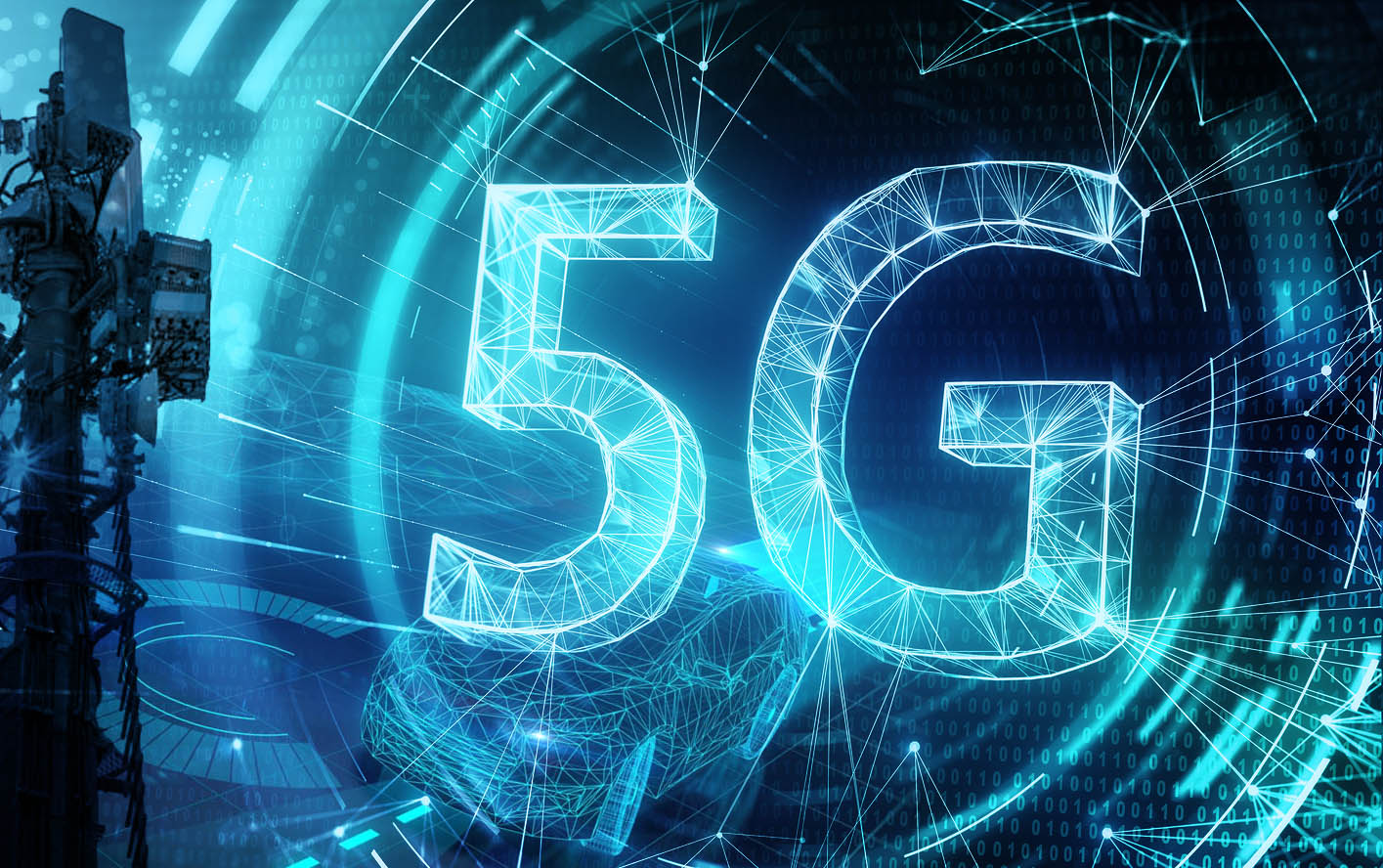 The Balong modem has a maximum download and upload speeds of 4.6 Gbps and 2.5 Gbps respectively in Sub 6GHz network. Whereas in the mmWave 5G network it can go up to 6.5 Gbps and 3.5 Gbps.

The Kirin 820 will most likely be limited to Huawei flagships. The mid-end flagships from Huawei are much cheaper than Samsung, Vivo, OPPO, Sony and other famous manufacturers. Huawei Honor 30S will be the first phone to feature Kirin 820 with a starting price of $462.

The pricing of Snapdragon 765G may depend upon the manufacturer and the flagship. Since Qualcomm SoCs are not limited to a certain manufacturer, we might see a wide price range from starting from $280 to $450. The cheapest one and the first phone to use Snapdragon 765G is Xiaomi Redmi K30 5G which has the standard version selling for USD 284.

Kirin 820 is victorious in almost every aspect except for the price and process technology. Though SD 765G features a EUV process, however, compared to the 7nm N7P process the difference is in the size of the SoC and slightly in power efficiency. On a theoretical level, the difference can not be seen. Moreover, the price range also defines the selection of the SoC. Under $300 you can’t get a Kirin 820 for now but you can get a Snapdragon 765G. If Huawei launches a much cheaper smartphone with Kirin 820 from the Honor X or Magic series (under $350), then the price-performance ratio will be excellent.

We hope you loved our Kirin 820 vs Snapdragon 765G comparison. Did we miss anything? Let us know in the comments. 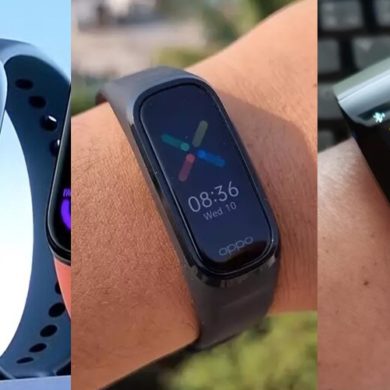