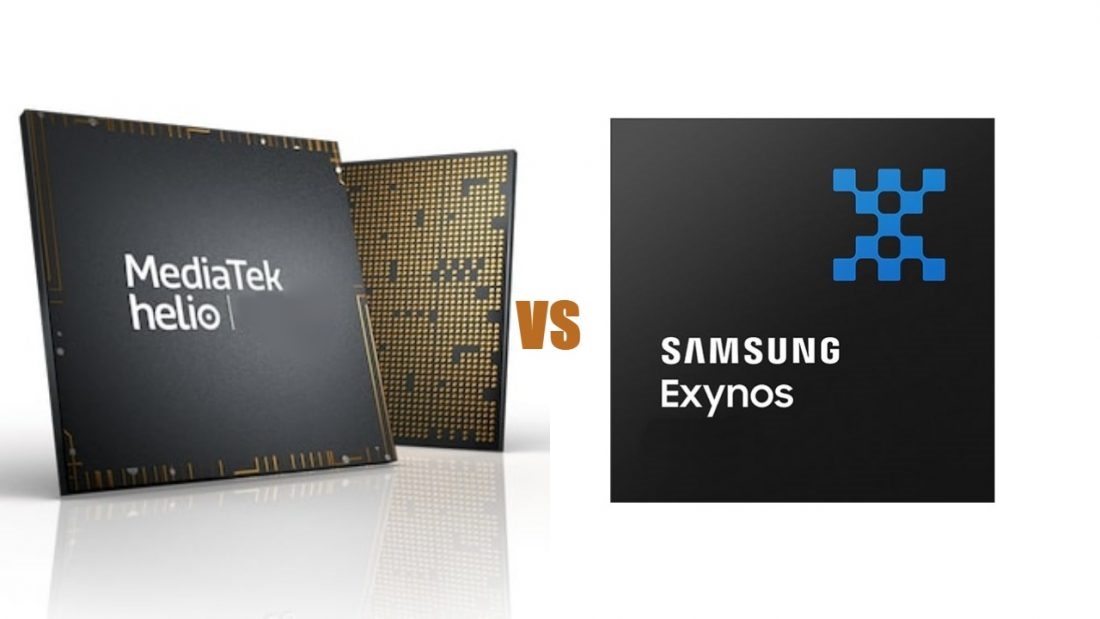 In short, the most important feature in any smartphone or smart device, in general, is the processor that is inside its body, since it is what makes them work the way they work and with the speed and efficiency with which they do it. Today we are going to make a comparison between two of the newest processors that MediaTek and Samsung have, and this is the strong and powerful war between MediaTek Helio P95 vs Exynos 9611. In this article, we will show some of the characteristics that these two processors provide, and we will tell you which the best choice is.

Also, in this new article, we are not only going to compare its specs in general, but we are also going to do a comparison of its AnTuTu Benchmarks. 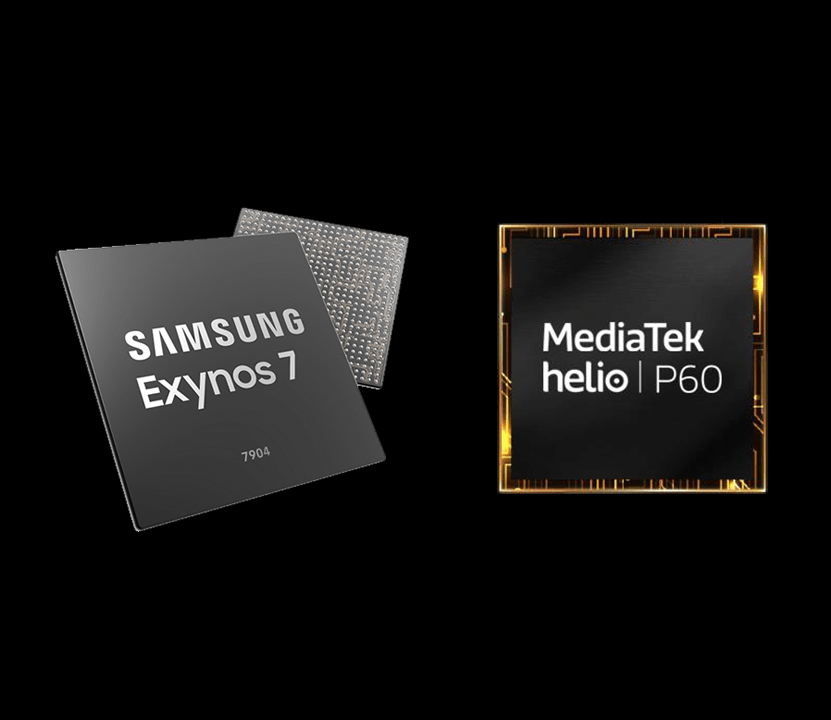 First off let us start with the process technology which determines the power consumption and performance of the SoC. Keep in mind the lower the number the better is the performance as well as battery life efficiency. The Helio P95 features the same process of the two years old Helio P90 which is TSMC’s 12nm FinFET process… Honestly, that’s a disappointment because, in 2020, we have 7nm and 8nm process targeting the upper mid-end performance SoCs market.

Taking aside, Exynos 9611 uses a 10nm process, not unlike its predecessor the Exynos 9610. Although it does not represent a huge change in regards to the previous iteration Samsung does promise “better performance as well a better battery efficiency.”

Being that Exynos 9611 boasts a 10nm process in comparison with its MediaTek competitor, we can surely see the advantages that it provides in turns of performance and battery life something that we come to expect in this range of phones. 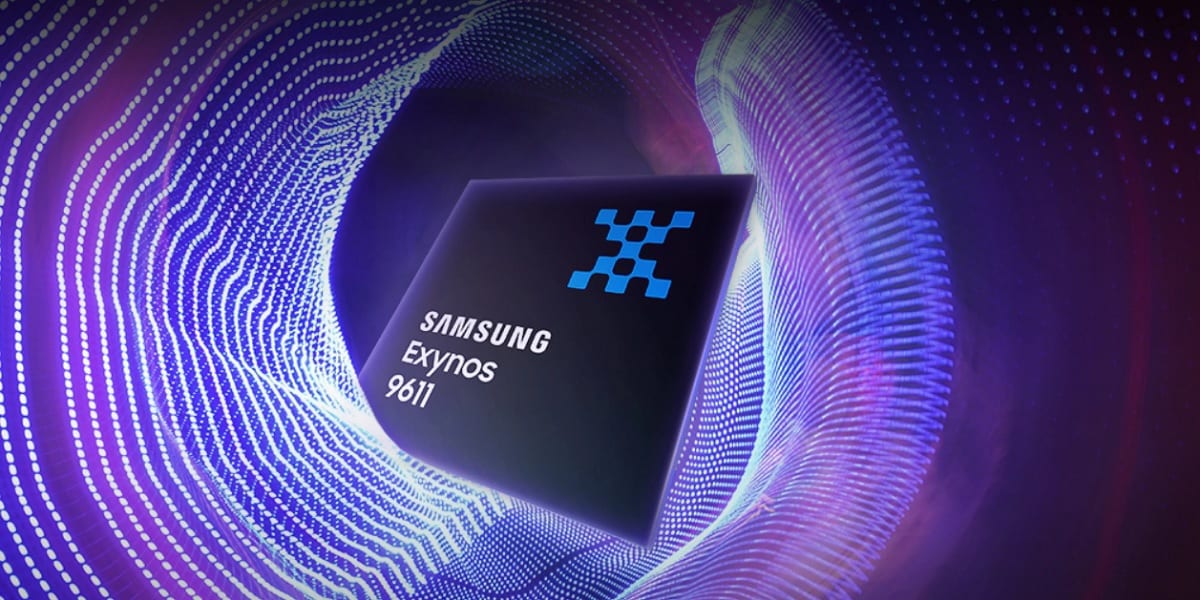 It is time to talk about the CPU that is inside each of these two processors. The CPU of the Helio P95 consists of an octa-core cluster, two of them are ARM Cortex A75 at a speed of 2.2 GHz, for the most demanding and complex tasks, while we then have six Cortex A55 cores at 2.0 GHz, for a greater energy efficiency.

Taking a look at the microarchitecture that each of these two processors has, it can be seen that the MediaTek processor is subtly more powerful than that of Samsung. 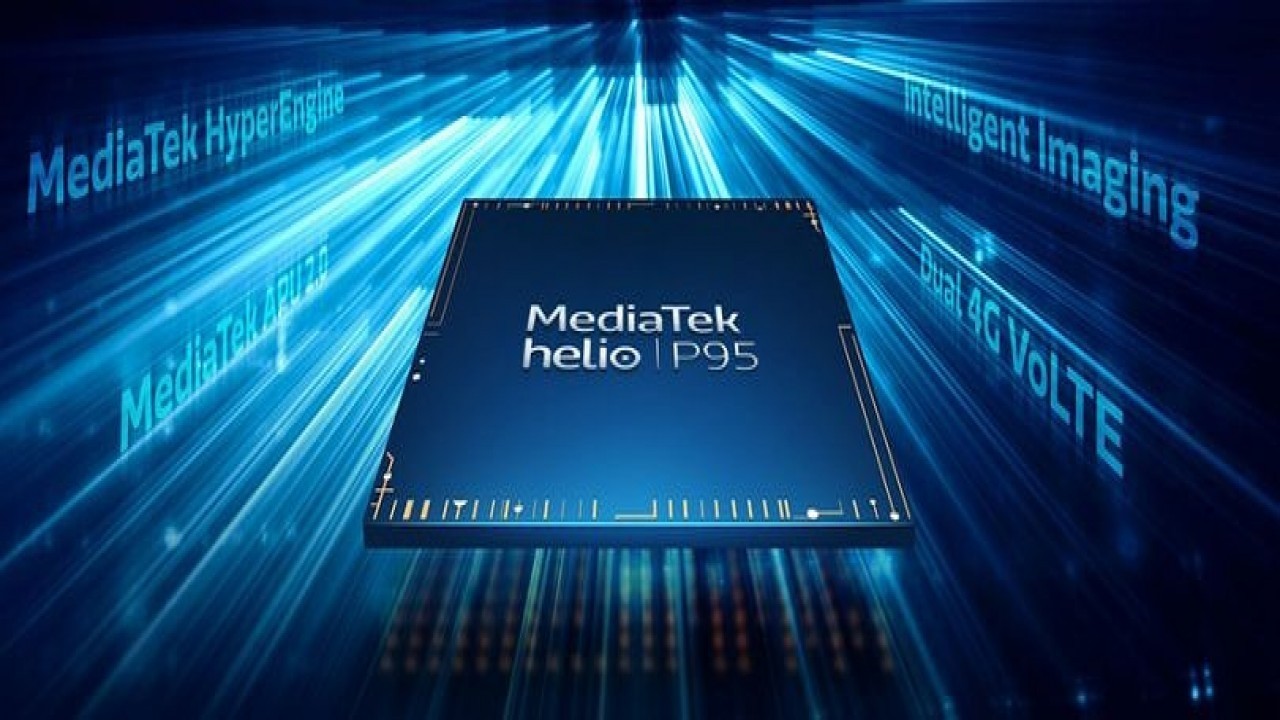 Turning to talk about the GPUs that are inside these two powerful processors, the GPU in the Helio P95 is the same as in Helio P90, the IMG PowerVR GM 9446, although according to MediaTek the performance has improved by 10%. It supports up to 8GB of LPDDR4x RAM and the maximum screen resolution of 2520 x 1080 pixels.

That being said, the Exynos 9611 includes a Mali-G72 MP3 GPU that is responsible for enhancing graphics. This is also the same GPU that is present in the Exynos 9610, but it has a faster clock speed than its predecessor. With this hardware configuration, the processor enables users to do more of their favorite activities, such as gaming, thanks to robust performance that adapts to current mobile devices in its range.

When it comes to gaming, Helio P95’s GPU is slightly better than the Exynos 9611 one.

With that said, the Exynos 9611 processor has a built-in artificial intelligence engine consisting of a vision processing unit. It enables the phone that has this processor to have smarter cameras that are capable of delivering better results on their own under different conditions. The chipset offers artificial intelligence capabilities through deep learning technology. 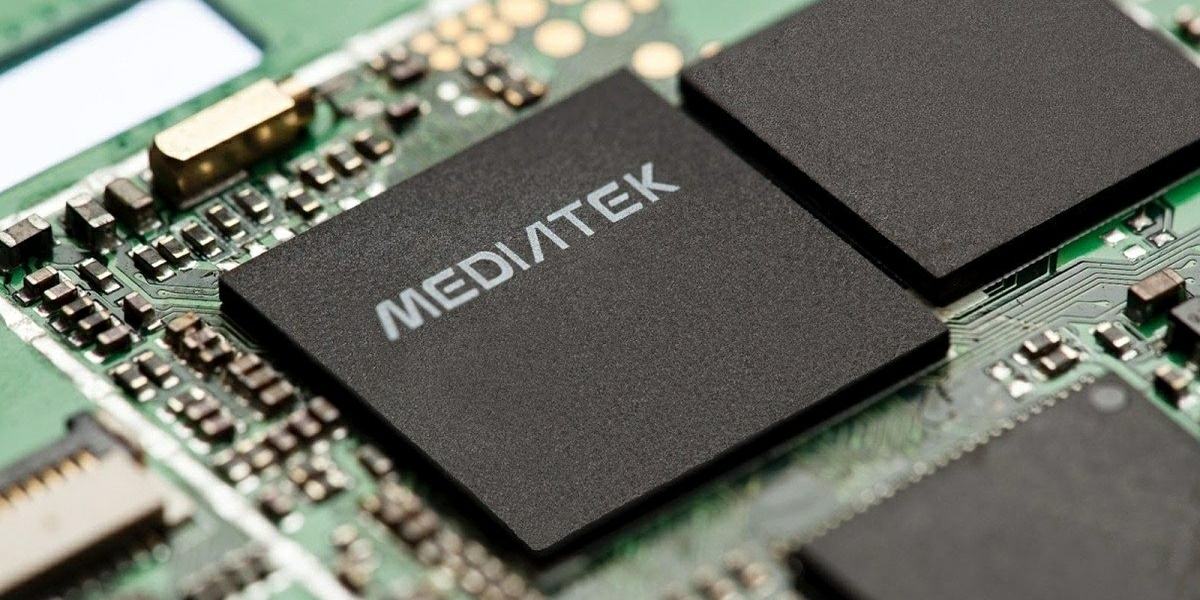 As for connectivity, the Helio P95 does not present changes regarding its past version, since it maintains the 4G connectivity of its predecessor by including the 4G LTE modem. It also maintains support for Wifi 5 and Bluetooth 5.0. Nor are there changes in terms of support for VoLTE, WFC and FM radio calls. Camera support has also not changed in this processor. Camera support of up to 64 megapixels is maintained in case of a single lens or support for double cameras of 24 + 16 megapixels. The supported video recording is up to 2840 x 2160 UFS 2.1.

With that said, as for its connectivity, the Exynos 9611 supports LTE up to 600 Mbps, Wifi 5, Bluetooth 5.0, GLONASS, BeiDou, Galileo, GPS, and FM Radio. It also supports UFS 2.1 and eMMC 5.1 storage and, in addition to all that, this processor is capable of working with WQXGA displays, LPDRR4x RAM and, the newest, camera sensors of up to 64 megapixels; In this sense, and if what you are most concerned about is video recording, it is capable of supporting 4K video recording at 120 fps or 480 fps in Full HD.

Although they are two different processors and from different companies, it should be noted that both have not only great characteristics, but also have similar characteristics that give them both the first place in a tie. 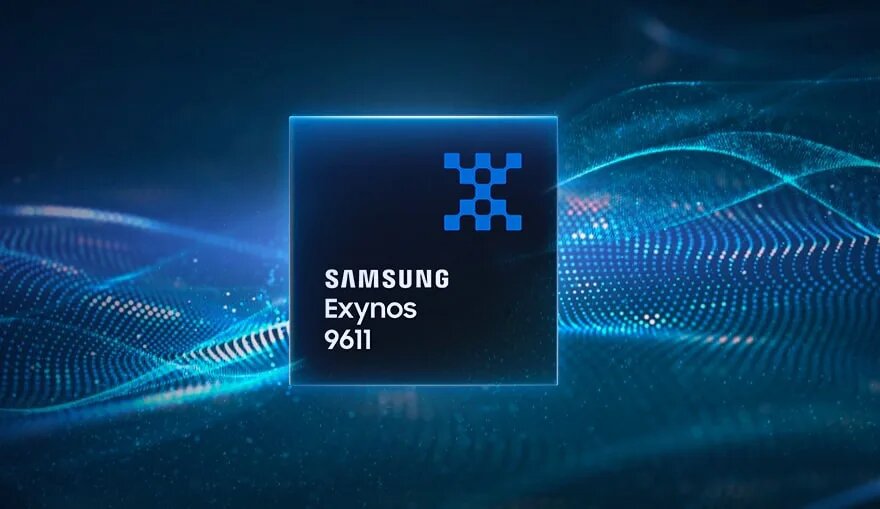 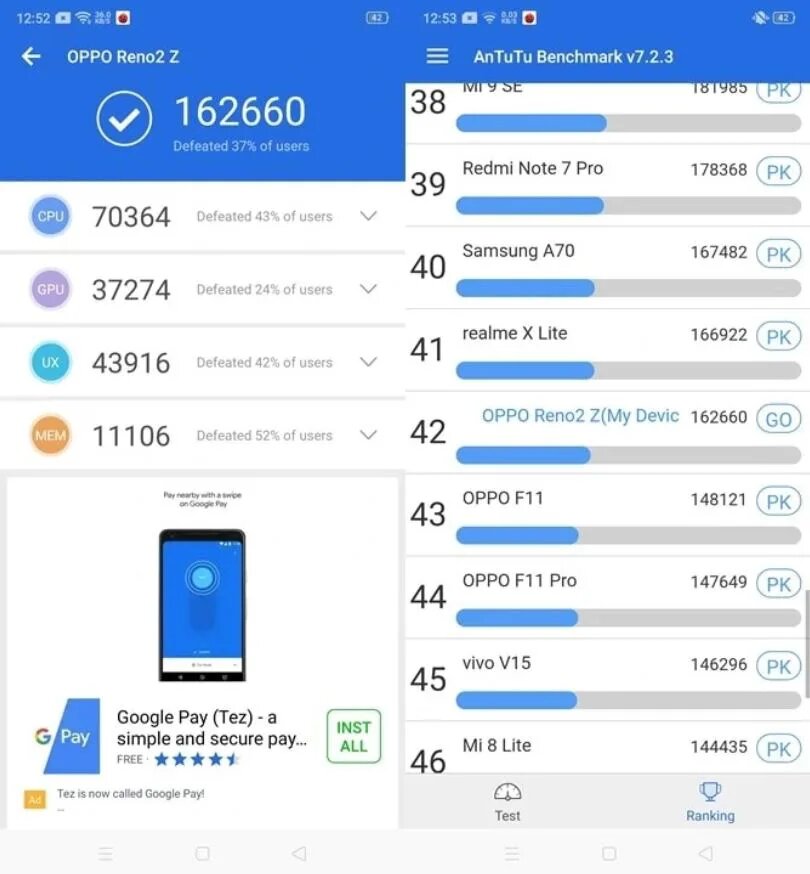 Regarding its price, MediaTek processors usually have very low prices, and although the OPPO Reno 3 Pro (Indian Version) is the only phone that owns the Helio P95, it is not yet available, so we do not have a real price. Having said that, the Exynos 9611 is present in a phone that is already available, which is the Samsung Galaxy M30S, and having a price of $241 is the winner of this category, for the moment.

Concluding this MediaTek Helio P95 vs Exynos 9611 comparison with AnTuTu Benchmarks, we must say that it depends on the user to select the processor that best suits its needs. That being said, and guided by this comparison, it can be seen that the MediaTek Helio P95 works in a better way if we compare it to the Samsung’s Exynos 9611, but as we always say, it all depends on the tastes and needs of the user.