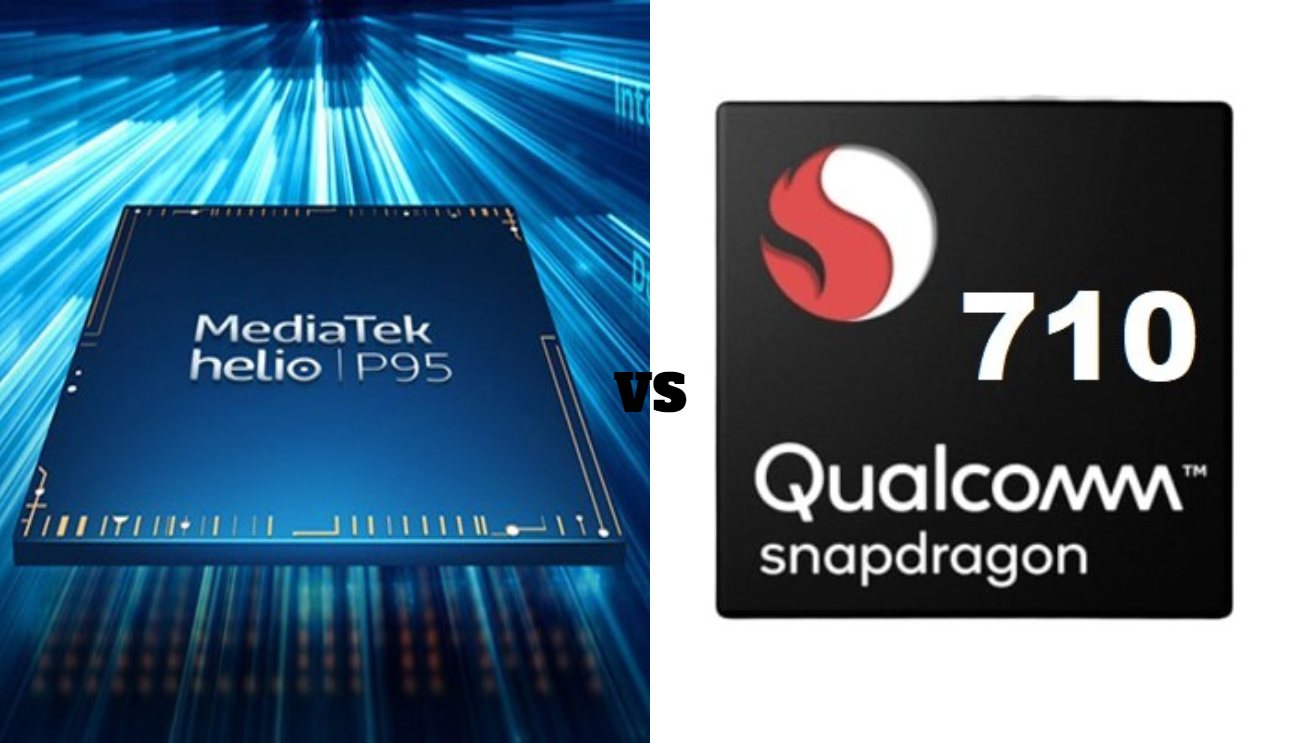 Can the two years old SD 710 beat MediaTek's latest entry to its SoC, the Helio P95?

Recently, MediaTek released the upgraded version of Helio P90 which is Helio P95 in the OPPO Reno 3 Pro 4G (Indian Version). It’s an upper mid-end SoC and can compete with Qualcomm’s Snapdragon 7-series. We already did its comparison against Snapdragon 865 and Snapdragon 730. However, it’s time to see who’s the winner when it comes to MediaTek Helio P95 vs Snapdragon 710, or in other words, can the two years old SD 710 beat Helio P95, the latest entry of MTK processors.

Helio P95 just released this month, on February 27, 2020. The Pro version of the Reno 3 (Indian version) features this SoC, while the standard variant relies on its ancestor ‘Helio P90’.

Meanwhile, Snapdragon 710 is a 2 years old SoC, which was released on May 23, 2018, as the first SoC of the 7xx series from Qualcomm. It was the first SoC from Snapdragon and the first from all SoCs manufacturer to category the new upper mid-end category.

Helio P95 features the same process of the two years old Helio P90 which is TSMC’s 12nm FinFET process. It’s a disappointment because, in 2020, we have 7nm and 8nm process targeting the upper mid-end performance SoCs market and yes we are talking about the latest Snapdragon 730/730G and Snapdragon 765/G. A newly released SoC based on the 12nm process just doesn’t fit in 2020 image, especially when you are featuring it inside high-end flagships like the Reno 3 Pro. 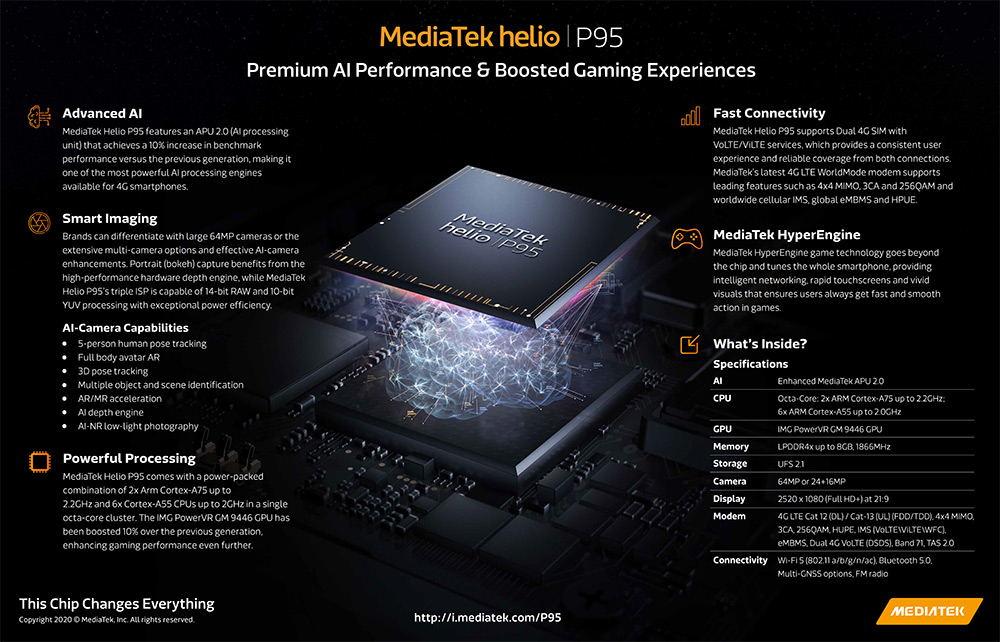 Whereas, Snapdragon 710 which was released two years before Helio P95 features a much better process which is Samsung’s 10nm LPE. This was a great deal back then because, at that time, the most powerful SoC which was SD 845 was also based on the 10nm process. 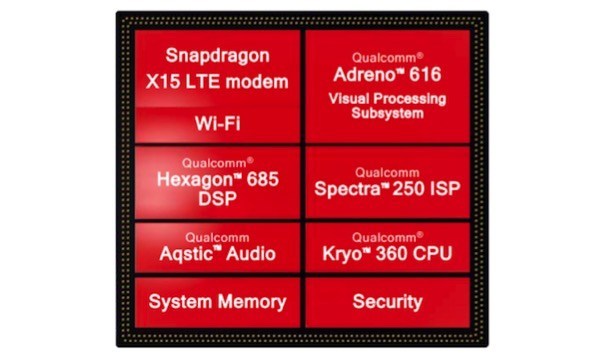 So, when it comes to the process we can expect Snapdragon 710 to dominate here because of the 10nm architecture which provides better performance and most importantly better power saving.

Moving to the second part of this comparison is the CPU section. The CPU of the Helio P95 consists of an octa-core design with a 2+6 dual-cluster layout, two of them are ARM Cortex A75 high-performance cores running at a speed of 2.2 GHz, for the most demanding and complex tasks, while the six Cortex A55 cores are power-efficient cores at 2.0 GHz. Again, similar to the process, nothing has been changed in the CPU section as well when compared to the previous generation which is Helio P90.

If we consider the frequency here, Helio P95 should be the winner here because of a slightly higher frequency of the six lower cores (0.2GHz). However, this is where the process of the SoC comes into action. Due to the much better 10nm process of SD 710, the performance is fairly stable with time whereas Helio P95 suffers from decreased performance with time because of heating. Thus, despite the 0.2GHz, the cores are the same (A75, A55), however, the process plays a much larger role than the frequency. So, the winner is Snapdragon 710.

Moving to the section which determines the gameplay, is the GPU. The Helio P95 has the same GPU as of Helio P90, the IMG PowerVR GM 9446, although according to MediaTek the performance has improved by 10%. It supports up to 8GB of LPDDR4x RAM and the maximum screen resolution of 2,520 x 1,080 pixels. 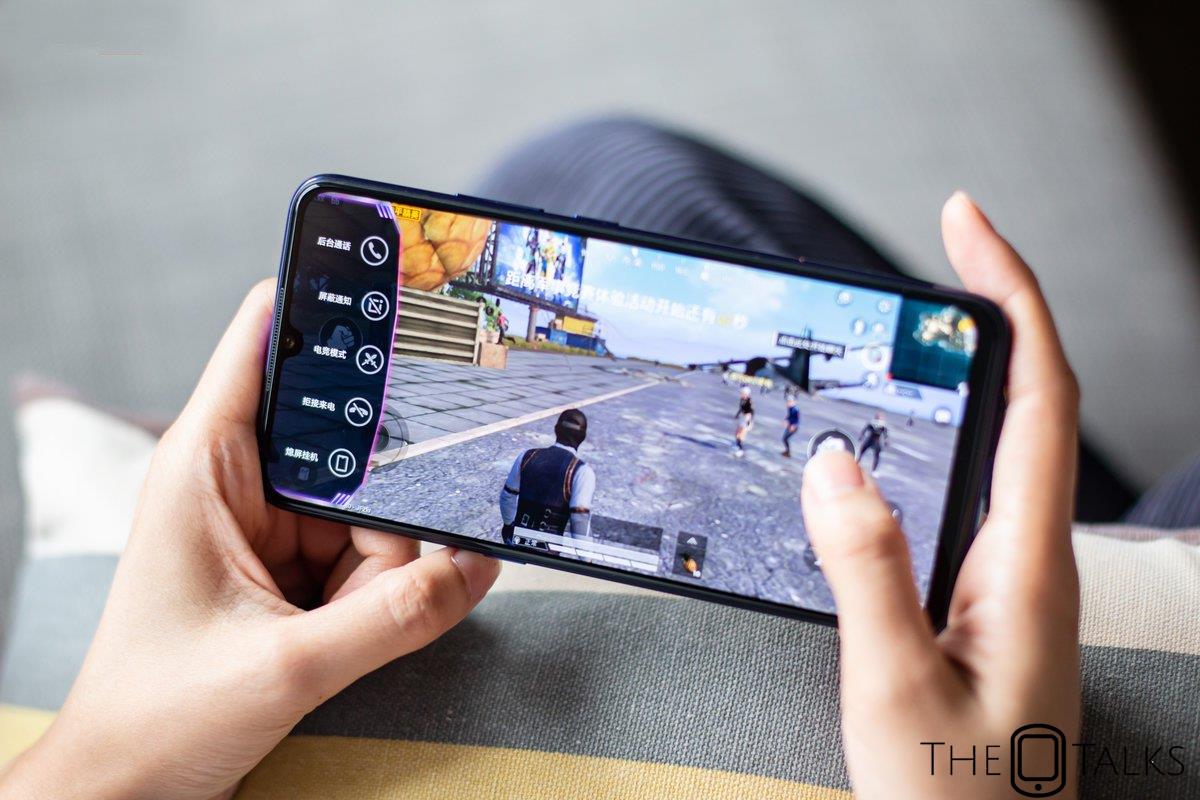 Snapdragon 710’s CPU is Qualcomm® Adreno™ 616. Qualcomm says that this GPU will allow for up to 35% faster graphics rendering while consuming up to 40% less power compared to the previous generation.

When it comes to gaming, Snapdragon 710’s GPU is much better than Helio P95 (10,000 points difference). Moreover, since the SD 710 has a 10nm process, it will generate less heat and retain better performance over time than Helio P95’s GPU.

Snapdragon 710 scores around 167,472 points on AnTuTu (Xiaomi Mi 8 SE). It barely beats the Helio P90, however, it will be slightly behind the new Helio P95, which isn’t bad considering that it’s a 2 years old SoC. However, these two can be ranged in upper low-end performance now because as for 2020, the AnTuTu mid-range score has crossed 200,000+ points.

However, for Snapdragon 710 we have Hexagon 685 DSP for processing all, or almost all, artificial intelligence codes. In addition, it is compatible with the Snapdragon neural processing SDK, as well as the Hexagon NN and the Android N. However, compared to the dedicated APU 2.0 of Helio P95, it doesn’t stand out.

As for connectivity, the Helio P95 does not present changes, since it maintains the 4G connectivity of its predecessor by including the 4G LTE modem and supports Cat-12 DL / Cat-13 UL with downloading speed up to 600 Mbps and 150 Mbps upload speed. It also maintains support for Wifi 5 and Bluetooth 5.0. Nor are there changes in terms of support for VoLTE, WFC and FM radio calls.

he Snapdragon 710: X15 supports the Cat.15 LTE downlink and the Cat.13 uplink with maximum speeds of 800 Mbps and 150 Mbps, respectively. It also maintains support for Wifi 5 and Bluetooth 5.0. As we can see that the downloading speed for SD 710 is much better (200 Mbps) because of Cat 15. While other aspects remain the same.

Camera support has also not changed in this processor. Camera support of up to 64 megapixels is added in case of a single lens or support for double cameras of 24 + 16 megapixels. The supported video recording is up to 2,840 x 2,160. Helio P95 does have an improvement in AI photography and better shutter speed because of the updated APU 2.0.

The 14-bit Qualcomm Spectra 250 ISP of 710 is engineered to support still image capture of up to 32 megapixels (single camera) and 20 megapixels (dual camera). The video capture up to Ultra HD 4K.

Now the camera performance depends on the manufacturer, which sensor it chooses. However, since the camera support of Helio P95 is twice that of SD 710, we have Helio P95 as the winner.

The best part about Helio 95 is the MediaTek HyperEngine which was introduced in the G-series SoCs as well. Since the GPU is already better than SD 710, the HyperEngine improves the response rate every millisecond resulting in a better response rate in gaming, rapid touchscreen, and fast networking. 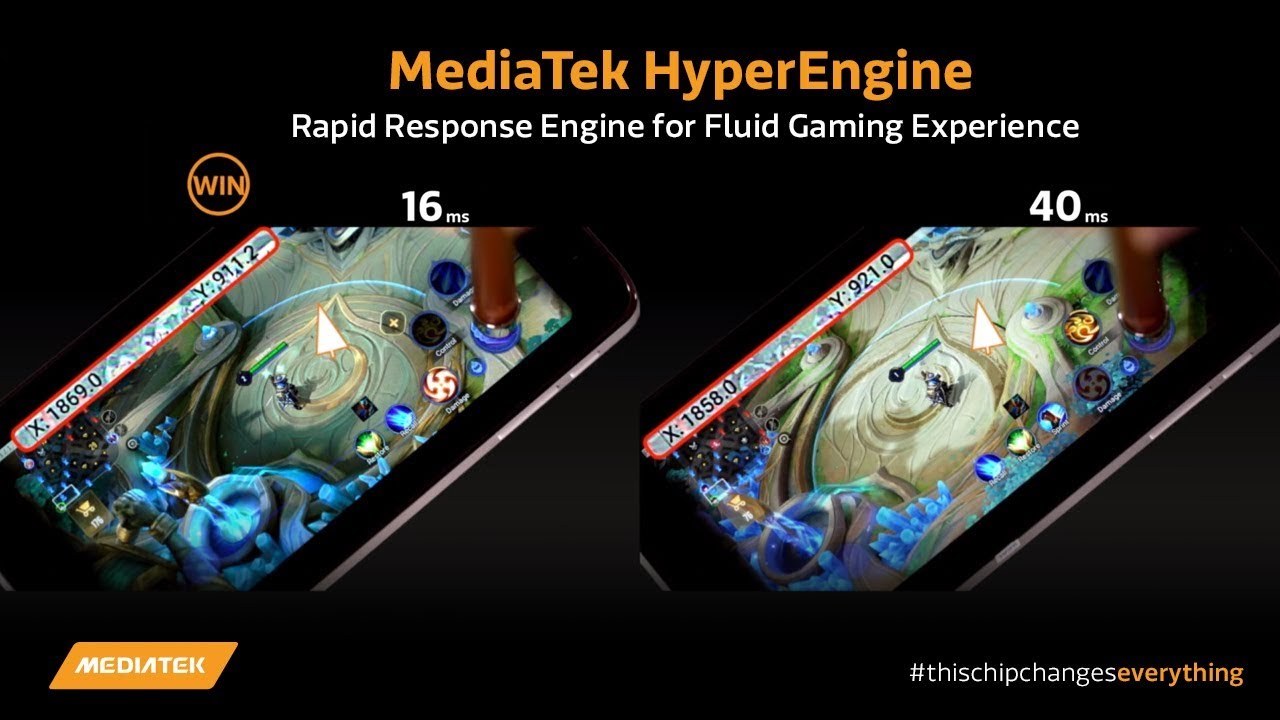 Snapdragon 710 doesn’t have any additional features as Helio 95 has.

MediaTek SoCs are usually cheaper than Qualcomm ones. However, we can’t compare the price because it’s impossible to find a manufacturer still selling a Snapdragon 710 SoC. Moreover, even the Helio P95 incorporated smartphone is the only one which is OPPO Reno 3 Pro (Indian Version) and is not available at the moment. So, we can consider a tie here.

It’s a tie when comparing SD 710 and Helio P95. Helio P95 has better AI, better camera support, and better performance (which decreases with high load over time). MediaTek HyperEngine further adds more value to the SoC. Yet, there are some disappointments as well, such as the old process, same CPU configuration, and only a 10% increase in AI and graphics performance in the two years duration.

Snapdragon 710 despite being a two years old SoC did pretty well, just tieing the benchmark and better performance stability and process than Helio P90. It’s GPU is way more powerful than Helio P95’s. The 4G LTE network downloading speed is much faster. Let’s combine the results of each category and see which is the overall winner in this Helio P95 vs Snapdragon 710 comparison.