Previously, we did a Redmi AX5 vs Huawei AX3 Pro router comparison. However, on August 12, Redmi released another WiFi 6 router (God too many WiFi 6 router now) known as Redmi AX6 router. It is said to have the same hardware as the Xiaomi AIoT router AX3600 and is 230 yuan ($33 USD) cheaper. With the Redmi AX5 losing to Huawei AX3 Pro, is the bigger brother able to beat it? Let’s find out in this Redmi AX6 vs AX5 vs Huawei AX3 Pro router comparison:

[su_note note_color=”#6ec2ff”]Please don’t buy a global version of the Huawei AX3 Pro which doesn’t have the two 2.4G amplifiers and is stuck on an old update. Because of this, the global version’s range is pretty limited. The Chinese version is the best and the webpage can be translated via Chrome auto translate feature.[/su_note]

Before moving to the actual Redmi AX6 vs AX5 vs Huawei AX3 Pro router comparison, we should know the difference between the WiFi technologies all three routers offer.

WiFi 6 is the default standard offered in Redmi router AX5 and AX6. Huawei has implemented an updated technology private agreement based on WiFi 6, named WiFi 6+ which is present in AX3 and AX3 Pro. Since it’s a private agreement it must have its own limitations. To get the “+” performance of Huawei WiFi 6+, it must meet the requirements of routers and devices (phones/tablets) which are obviously the Huawei routers and Huawei/Honor devices with WiFi 6+ module.

In case you don’t have Huawei devices that support WiFi 6 or have devices with the standard WiFi 6, you shouldn’t be worried about WiFi 6 and WiFi 6+ differences. Huawei AX3 Pro will run on the standard WiFi 6 which the device isn’t compatible with WiFi 6+.

Let’s start the Redmi AX6 vs AX5 vs Huawei AX3 Pro router comparison with the price tag of each router.

Redmi AX5 is the cheapest one which is priced at 249 Yuan (35 USD). Huawei Router AX3 Pro price is 329 Yuan (46.5 USD). Redmi AX6 price is 369 yuan (53 USD) making it the most expensive one in the list. The router which offers the best price/performance is still Huawei router AX3 Pro (explained later in this comparison).

Starting with the similarities, all three of them have the same rectangular shape design (slightly square) with a minimalistic approach. It’s not like the Xiaomi AIoT router AX3600 and the Xiaomi Router AX1800, the design has kept simple to reduce the cost of designing for all three routers. However, the Huawei router AX3 Pro looks more beautiful thanks to the sleek design which also matches the sleek antennas. Meanwhile, Redmi router AX5 and AX6 has a much cheaper look with the thick traditional box-type design.

We can see that how similar the Redmi AX5 and Redmi AX6 looks. They appear almost the same with only the LED lights shifted from the top (Redmi AX5) to the more convenient front side in Redmi AX6. Also, the edges are more pointy in AX6 and curved in AX5. That’s all.

In terms of heat dissipation, [su_highlight background=”#fff447″]Redmi AX5 has the best heat dissipation[/su_highlight] even though the ventilation is excellent and almost the same. However, since Redmi AX6 has a much higher hardware configuration (6 core SoC, 160MHz support, and 2.4Gbps speed) the heat generation will greater. I really loved the ventilation done on both routers. The top is covered with a tiny shaft like holes and at the bottom, you can clearly see internal parts with large holes.

While for Huawei router AX3 Pro, the ventilation is on the sides and occupies a few areas, not like Redmi AX5 and AX6. Both devices don’t get too hot, Redmi router AX5 and 6 have a uniform heat distribution on both the top and bottom, while Huawei is fairly hot from the sides and bottom. However, since it’s WiFi 6, heat dissipation matters the most, and regular restarts are recommended.

As for the LED indicators, Redmi router AX5 and AX6 has two LEDs for system and network status (different positions), while Huawei only has one LED for both the network and system status.

In terms of weight, Redmi AX6 is the heaviest router among all three, then comes Redmi AX5, and Huawei router AX3 Pro is the lightest of them.

Redmi AX5 and Huawei AX3 Pro routers have the same number of antennas which are four. These include 2 x 2.4GHz antennas and 2 x 5GHz antennas. The antenna strength is also 5dB.

Redmi AX6 wins this section thanks to the six antennas consisting of 2 x 2.4G antennas and 4 x 5G antennas. The antenna strength is the same as the other two routers.

The antennas on the Redmi router AX5 and Redmi AX6 are rotatable as well as foldable. While for the Huawei router AX3 Pro, the antennas are only foldable to 90 degrees. This might affect the signal transmission. Both of them have a 4-way signal amplifier.

In terms of frequency and single-core performance, Lingxiao is superior in performance, however, we do miss the NPU here which is essential for efficient device management, and considering the Pros of WiFi 6 technology and AIoT configuration, having a dedicated NPU is a must. So, Qualcomm IP6000 SoC and IPQ8071A are better in power management. The strongest is the IPQ8071A with dual-core NPUs and further supported with 2x the RAM and ROM of AX5 and AX3 Pro.

Let’s head towards the connectivity and speed comparison of the Redmi AX6 vs AX5 vs Huawei AX3 Pro router comparison. All three routers are Dual-Band (2.4G and 5G). All of them have the option of intelligent connection (connects to the suitable band automatically) and switch to only one preferred band as well from the web page (sadly in Chinese for AX5 and AX6).

As for the 2.4G, all three support a maximum speed of up to 574Mbps with two antennas dedicated.

As for the 5G, we have a huge change and probably the downside of the Redmi AX5. The Redmi AX5 supports MIMO 2×2 (only 2 streams) which restricts its maximum speed to 1201Mbps. However, that’s not the case with Huawei AX3 Pro, which has MIMO 4×4 (4 stream channels) and has a speed up to 2402 Mbps.

Redmi AX6 which is the upgraded version of AX5 has the same 5G speed as Huawei router AX3 Pro which is 1201 Mbps and four antennas to distribute the speed (so yeah, better speed results than AX3 Pro).

Moreover, as for the 160MHz bandwidth support, Huawei AX3 Pro’s both hardware and software support it (out of the box). However, Redmi router AX5’s hardware does support 160MHz but the default firmware doesn’t. They have said that they might provide it in the next firmware update for the AX3600 router, AX1800 router, and this AX5 router.

The Redmi AX6 also has 160MHz bandwidth support (out of the box), but it’s limited to the 2×2 MU-MIMO. That’s right you won’t be getting it on 4×4 MU-MIMO (four-stream channels).

All three routers support Mesh networking but only with their respectively family/series products. Huawei router AX3 Pro and Redmi router AX5 have already got the mesh update. Redmi AX6 is new and will soon receive the mesh update.

Since Huawei AX3 Pro has complete 160MHz bandwidth support and the same max speed as Redmi AX6, it’s the winner of this section.

Considering the functions and features of each router in this Redmi AX6 vs AX5 vs Huawei AX3 Pro Router comparison, all three routers support WiFi 6 technology and enjoy the benefit of  OFDMA (up to 1024 QAM) and MU-MIMO.

Huawei has an upper hand here because it has three ways of connecting to the device. First is the traditional, password insertion connection. The second is via Hi-button (which also acts as a WPS button). The third and the most important is via the NFC module (the phone must have the NFC feature).

As for Redmi router, AX6 and AX5 only have the traditional way of connecting for a device.

Huawei AX3 Pro slightly more features including the VPN pass-through, DMZ / virtual server, and the device speed limiting which are missing in Redmi AX5 and AX6. Plus, we can’t ignore the Hi-Link and NFC feature as well. So the winner here is:

Moving to the app and web page Ui of the Redmi AX6 vs AX5 vs Huawei AX3 Pro router comparison, the two routers from Redmi have the Web page in Chinese and the default location set to China. Since it’s the Chinese firmware and global firmware isn’t out yet, you can’t change the language and location options. If you do change the location option, you will experience connectivity issues with the router. Google translate can help you.

Meanwhile, Huawei router AX3 Pro now has global firmware and supports multiple locations and languages. The web page can be easily changed to many different languages. However, it doesn’t have the two 2.4G amplifiers so I would recommend staying away from it if your concern is getting more range from the router.

Both apps support multiple languages. Android and iOS operating systems and the user interface is easy to use. However, if I want to select one app, it would be the Huawei Hi-Link because:

Other features such as parental control are the same. Mi WiFi has this complaint of disconnecting frequency with the router (mostly due to the default location change and some with the phone compatibility issues).

Here are the screenshots of Mi WiFi app (sorry for the Chinese here):

Here are the screenshots of Hi-link App:

Ending this Redmi AX6 vs AX5 vs Huawei AX3 Pro Router comparison, the choice of selecting a router really depends on the choice of the user and the budget. If you are looking forward to buying a router for the [su_highlight background=”#fff447″]best price, better heat dissipation, good hardware, don’t care about the looks[/su_highlight], Redmi router AX5 is the choice. The downsides are the 2×2 MIMO limited speed which is (1201 Mbps) for 5G and fewer features, and the less detailed, low rated Mi WiFi.

If you are looking for a [su_highlight background=”#fff447″]premium-looking router, better performance and signal reach (WiFi 6+), better speed (4×4 MIMO, 2402Mbps 5G speed, 160MHz), better features, and functions (NFC, Hi-Link connect, etc.) and most importantly a detailed app,[/su_highlight] Huawei router AX3 Pro is the choice. The downsides are the slightly expensive price and slightly lower hardware (not that much).

As for the newly released Redmi AX6, I don’t know what to say. [su_highlight background=”#fff447″]It’s the same look as Redmi AX5, higher max speed than Redmi AX5, the most expensive router in this comparison, and 160MHz for 2×2 MU-MIMO only. Though it has the best hardware (similar to Xiaomi AIoT router AX3600) among the three and more area coverage, and device support[/su_highlight]. Even the Redmi router AX5 and Huawei router AX3 Pro hardware is incredible for running the WiFi 6 network.

You can grab these routers for the best price from Aliexpress.

You can also grab these routers from Amazon as well: 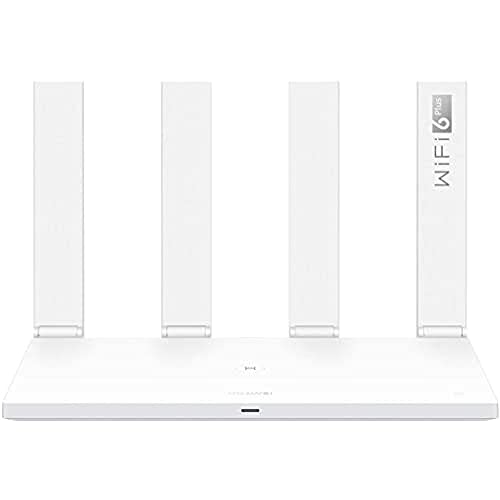 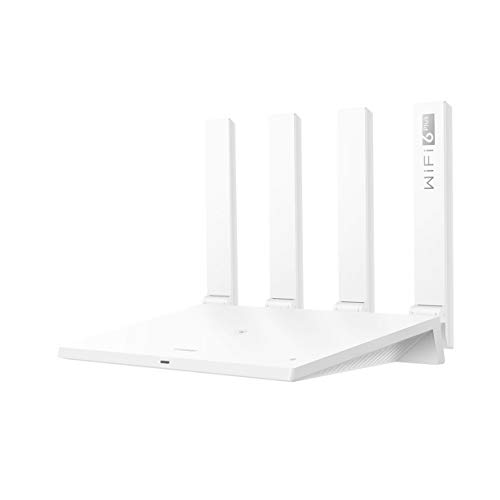 [su_note note_color=”#c3bcff”]Disclaimer: If you are looking forward to buying this product, please buy from the links given above which offers the best price. We will be getting a small commission on the purchase which will be beneficial for the maintenance of this website.[/su_note]

You can also read our Huawei AX3 Pro review and Redmi AX5 review as well.

I hope you loved this Xiaomi Redmi AX6 vs AX5 vs Huawei AX3 Pro Router comparison. Let us know what you think about these routers here and don’t forget to rate this comparison as well.