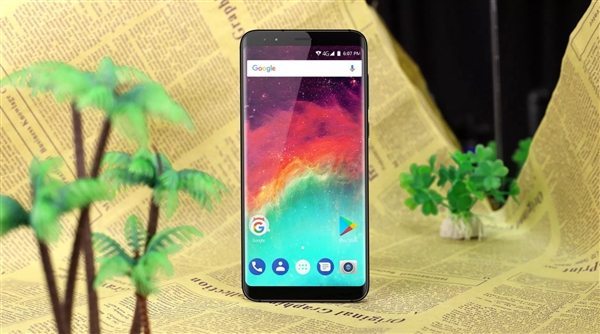 Ulefone is famous for copying smartphones. But that’s not a bad thing. At least, there are manufacturers which provide almost the same look and feel of high-end premium flagships under stupendous budget. For the best of the audience, they have a tight profit from a tight budget. Anyways, previously Ulefone copied the Full-screen design of Xiaomi Mi MIX and got some pretty good reviews on it. However, most of the aspects of the phone weren’t that satisfying such as the HD display, the huge 16:9 ratio, and poor cameras. That is why Ulefone goes with another copy with Ulefone MIX 2. This time it is the famous Samsung Galaxy S8 Infinity Design in the second generation of Ulefone MIX series.

Our today’s protagonist, Ulefone MIX 2 is finally here with some stupendous features and is $20 cheaper than the first generation. Let’s take a look at the new Ulefone MIX 2, and know the flagship better:

Indeed, Ulefone MIX 2 is another entry to the full-screen era. Rather than going tri-bezel less, and improving the screen ratio like in Xiaomi Mi MIX 2, Ulefone heads to a totally different layout which is the Samsung’s Infinity Display used in Samsung Galaxy S8 and Note 8. It’s like the name reminds you of Xiaomi Mi MIX 2 but in reality, it’s actually Samsung S8 or Note 8. A wolf in disguise we guess. But that’s not a bad thing at all, because, the manufacturing cost of an infinity display is somewhat cheaper than that of Tri-Bezel less.

Regarding appearance, Ulefone MIX 2 appears to be a perfect copy of Samsung Galaxy S8. The credit goes to the infinity display. But the twist comes with the rear, as the back is similar to that of Xiaomi Mi Max 2 and Mi 6. The material is similar to Mi 6, and that’s why the holding experience can be easily compared to that of Mi 6. The back is 3D curved glass, along with the dual cameras, dual flash on the top left corner, and fingerprint at the top center. To be honest, I prefer holding a 3D glass phone rather than pure metal. Unlike Mi 6, because of the 18:9 ratio, MIX 2 is way compact and has a better grip than Mi 6, similar to Samsung Galaxy S8. 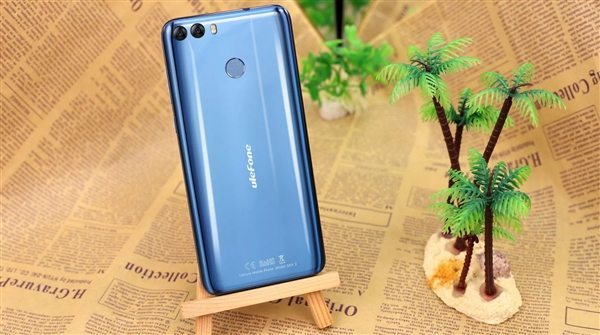 The screen corners are much round which reminds us of the leaked images of Redmi Note 5. However, they aren’t that noticeable because of the 2.5D glass arc which gives the phone a curved screen look. No doubt, rounded screen corners, and 2.5D glass are one heck of a combination.

Similar to S8, we have the on-screen buttons, to reduce that bottom chin. I personally like Ulefone MIX tri-bezel less design which has a completely different level appearance and feeling. But if you go tight on budget or look infinity display, Ulefone MIX 2 is your choice. The phone occupies a space of 15.20 x 7.16 x 0.89 cm and weighs only 177 grams which are way lighter than most of the 5.5-inch or 5.7-inch smartphones.

In short, the design and appearance serve as the greatest selling point of the phone. Indeed, it’s a unique hybrid of Samsung Galaxy S8 / Note 8 and Xiaomi Mi 6 / Max 2.

Honestly, we won’t find a 2K or Full-HD screen under that budget, especially if it’s a Full-Screen. But we have something way better than Ulefone MIX’s display. This time we have a better, larger display. It’s a compact 18:9 and generous 5.7-inch Full-screen Infinity Display (IPS) with a resolution of 1440 x 720 Pixels. The screen-to-body ratio is 90.1% according to the manufacturer.

The display is relatively huge compared to a standard phone. Thanks to the 18:9 ratio, it won’t look like a brick like the first generation and has better one hand operation. No doubt, there’s a difference of depth, pixel density (282 ppi), as well as brightness.

I would have loved a Full-HD screen in the second generation, but it looks like the manufacturer is still keeping the tight budget in consideration. Anyways, at least it’s better than MIX.

The only down point of Ulefone MIX 2 is the low-end hardware. Full-screen smartphones are meant to be mid or high-end. It’s a disappointment that the SOc has been downgraded from Octa-Core to Quad-Core, from 1.5GHz to 1.3GHz. Under the hood, we have the MediaTek MTK6737 SoC coupled with 2GB RAM and 16GB ROM. The 2GB RAM is okay as we have an HD+ display only. The 16GB RAM is limited but is expandable via TF card (up to 128GB).

If you want a high-performance phone, MIX 2 is not a good choice but the last in the line. Looking at the hardware, without the stunning design and camera, the phone would have a price tag under $60. The configuration isn’t worthy of pricing Ulefone MIX 2 at $110, but other aspects save the day. But we must keep this in view that with low performance comes great battery life.

The second generation still lacks the LED notification, and as the same sensors including Fingerprint, Accelerometer, Light sensor, and Proximity sensor.

As far as the connectivity is concerned, the phone supports 4G LTE and Dual SIM (Nano + Micro). The reception is pretty good considering the glass built. It’s a hybrid SIM slot which allows us to add either Dual SIMs or single SIM and a Micro-SD card. Other connectivity features include WiFi 802.11b/g/n, Bluetooth 4.1. Thankfully, the 3.5mm audio jack has also been retained.

Apart from the design, the camera also serves as the selling point of MIX 2. It’s a drastic improvement in comparison to the first generation. At the rear, we have a combination of 13MP + 5MP dual camera. The sensor hasn’t mentioned by the manufacturer, but we bet it’s IMX 258 similar to MIX but the secondary camera has been improved from 0.3MP to 5MP.

Moreover, the front camera also has a better result despite the different, 13MP and 8MP, in MIX and MIX 2, respectively. We know that MIX had a 13MP Omnivision camera but was interpolated from 8MP. However, MIX 2 leads with an 8MP resolution along with beauty mode as well as the front facing LED flash.

Considering the samples, under $110 the camera performance isn’t bad but one of the best in the mid-end smartphone category. The images have stunning brightness, contrast, as well as low background noise. The best part is that the phone has DSLR-level bokeh effect which is too rare to see even in mid-end smartphones. However, the camera can become a disaster in low light photography because of the small f/ 2.2 aperture. Still, most of the phones ranging under $110 are the same, and Ulefone MIX 2 is no exception.

Ulefone is good in providing updates to its smartphones. That is why we see Android 7.0 running on Ulefone MIX 2. It’s a pure Android 7.0 experience thanks to the stock Android ROM. We already know that how great is a stock Android experience. We don’t see an extra Chinese app or a third-party app. Because of the limited 2GB RAM, high-end games such as Asphalt 8 might be sluggish after some time. Still carrying simple task and light gaming is the best even for a phone which has outdated hardware.

Another selling point of MIX 2 is the 3300mAh battery. It’s the same as in the first generation. Although the display is better this time, however, the battery timing has been significantly improved. Why? The credit goes to the highly energy efficient hardware which includes the Quad-Core SoC and 2GB of RAM. Finally, there’s some advantage of the low-end hardware. The phone can last:

The phone is okay for carrying simple task. If you are tight on budget, love infinity display, consider looks rather than performance, and love large phones, Ulefone MIX 2 is a good option. But if you consider good performance, tri-bezel less design, and better-built quality, Ulefone MIX or Vernee MIX 2 are your best choices. You only have to spend a few bucks more.

If you are interested in buying Ulefone MIX 2, you can purchase it from Gearbest for $109.99. It’s available to pre-order in Black or Blue color.

Buy Ulefone MIX 2 From GEARBEST For $99.99Best Deal Via The Phone Talks