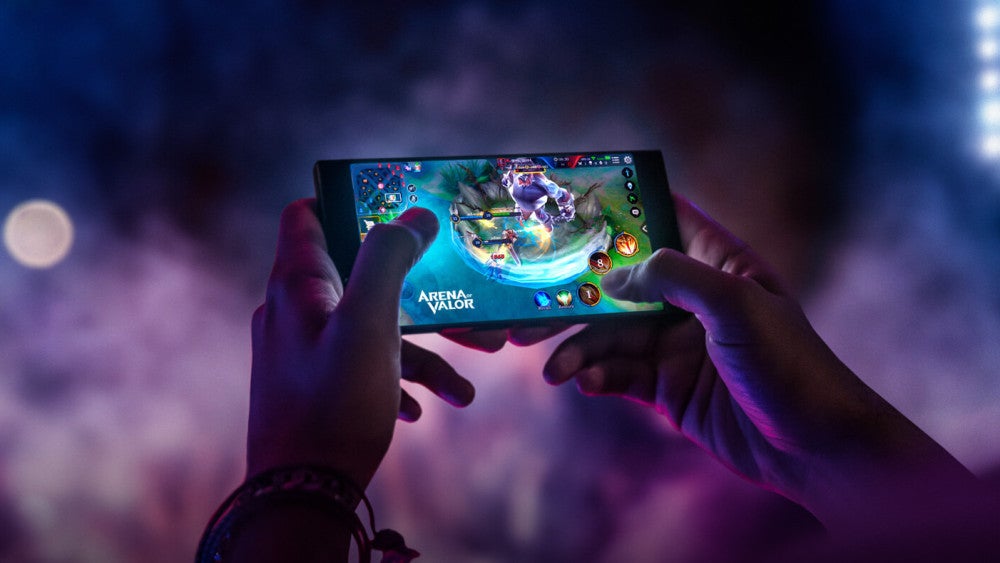 Starting with the MediaTek Helio G85, the release date of this SoC was May 5, 2020. It’s the most recent SoC in this comparison. It brings features like a 1 GHz GPU on a mid-end SoC optimized for gaming. In short, it’s a G80 SoC with a slightly powerful and tweaked GPU.

Last but not least, the fifth SoC, from the 7-series Snapdragon 730G was released on April 9, 2019. This SoC right here was the first gaming SoC developed by Qualcomm to rival the Helio G series announced by MediaTek.

So we have the release order like this from left (oldest) to right (newest):

Here’s a specs sheet comparing all the parameters of each SoCs in a summarized way:

Starting the actual comparison now with the process, let’s begin with the Helio G85 first. Despite releasing after all the other four SoCs, it features a 12nm FinFET TSMC process which is somewhat disappointing concerning it’s a gaming SoC. It’s ancestors G70 and G80 also has the same process.

Snapdragon 665 has a much better 11nm LPP process. It’s similar to the recently released SD 662.

The upgraded version of SD 670, the Snapdragon 675 molds from the 11nm LPP technology. It’s surprising to see that it when down to this process instead of continuing the 10nm process as in its ancestor SD 670.

Finally, we have the Snapdragon 730G which has the latest process among all five SoCs which is 8nm LPP by Samsung.

Why the process technology matter?

It matters because this is what determines the energy-efficiency, heat dissipation, and the performance per watt of the SoC. The lower the process (in number), the better it is. So, in all these five SoCs, we have the Snapdragon 730G with the latest process. Here’s how these SoCs are arranged in terms of process:

Helio G85 CPU is the slightly improved version of the G70 and the same as G80, with a slight difference in the frequency of the Cortex A55 cores. It’s a dual-cluster octa-core design. Similar to G70 and G80, it has two Cortex A75 high-performance cores running @2.0GHz meanwhile, there are six Cortex A55 power-efficient cores however, there’s the frequency increase of 100MHz (compared to G70) making them run @1.8GHz.

The fourth SoC, Snapdragon 675, the architecture has been upgraded from Kyro 360 to Kyro 460 with the same dual-cluster (2+6) octa-core design. Getting in the details, it’s still an octa-core design but with 2 x Kryo 460 Cortex A76 cores running @ 2.0GHz and 6 x Kryo 460 Cortex A55 cores running @ 1.7GHz. Despite frequency being the same in both SoCs, SD 675 takes advantage of both the new Kyro 460 architecture and the Cortex A76 (rare, and only specific to high-end SoCs).

SD 730G has an octa-core dual cluster (2+6) Kryo 470 built. It consist of 2 x Cortex-A76 and 6 x Cortex-A55. Moreover, the frequency is also increased to 2.2GHz and 1.8GHz, respectively. The performance has been increased up to 35% in comparison to the previous generation. This finally eliminates the question of the previous Snapdragon 710 as the 7-series not as good as the previously released Snapdragon 675.

Now comparing all these, we have the SD 665 with the lowest CPU power because of the outdated Cortex A73 and A53 cores. Then comes SD 670 with its slightly better Cortex A75 and Cortex A55 cores. At no.3 we have MediaTek Helio G85 with the same cores as SD 670 but slightly higher Cortex A55 frequency. SD 675 is at no.2 and the only SoC in the 6xx series which features the Cortex A76 core. The Snapdragon 730G tops the comparison because of not only having Cortex A76 and Cortex A55 but with higher frequencies compared to SD 675.

Helio G85 has the greatest highlight which is the GPU. It’s an ARM Mali-G52 2EEMC2 overclocked at 1 GHz. If you think that it’s much of an accomplishment, it’s older brother has the same GPU running @0.95GHz. So, the G85 is slightly powerful in terms of GPU while in all other aspects it’s the same as Helio G80. However, we have additional tweaks and optimizations such as HyperEngine Game Technology to improve the gameplay. Moreover, a 60Hz display is also supported.

In the graphic department, the Snapdragon 665 has an Adreno 610 GPU with no gaming optimizations.

Snapdragon 675, which has downgraded GPU from Adreno 615 moving to Adreno 612. which features 14nm lithography, speeds of 850MHz, support for DirectX 12.1 and support for OpenGL ES 3.2, OpenCL 2.0, Direct3D 12 (FL 12_1). However, Qualcomm assured that the Snapdragon 675 performs considerably better than the Snapdragon 670 in real-world scenarios. Thanks to the built-in-game enhancements, for example, reduce “janks” or stutters by over 90 percent during gameplay. However, looking at the benchmark score, the performance is still behind SD 710 and SD 670 despite having a higher frequency but an old process. This is the only downside of this SoC.

Snapdragon 730G has the Adreno 618 GPU running @700MHz and is 15% better than the non-G variant. It also enhances gaming experiences thanks to the Snapdragon Elite Gaming features like Wi-Fi Latency Manager and jank reducer.

The SD 730G has the most powerful GPU despite the truth that G85 has a 1GHz GPU but with only 2 cores and an underpowered compared to the Mali-G7 series. However, gaming optimizations on both SoCs are far better, leaving the other three behind.

You might think that MediaTek SoCs are good in terms of AI performance. They are! But not the G series. The Dimensity 1000 and 1000L tops the top 4 Ai-Benchmark SoC rankings, however, the G80, G70, and G85 are not great since they have an AI score of 4,781 points only. This is because they don’t have a dedicated APU. Still, there are features like AI cameras, etc.

The Snapdragon 665 was launched in 2019, so it has a small update in this section with the Hexagon 686 DSP engine, which is an updated version of the Hexagon 685. It has a Hexagon Vector eXtensions (HVX) for images and advanced computing. On AI Benchmark, it scores around 6,722 points.

Snapdragon 670 has a third-generation Hexagon 685 DSP AI engine that performs well. On the AI benchmark score, it scores 9277 points, beating both SD 665 and Helio G85.

SD 675 is slightly positioned above in the benchmarks with the same Hexagon 685 DSP. It scores around 9443 points.

Last but not the least, Snapdragon 730G is the most powerful among them when it comes to AI, thanks to the DSP Hexagon 668 which scores around 12,006 points.

Helio G85 during the official press conference revealed the AnTuTu Benchmark v8 score to be around 206,000 points on Redmi Note 9. Just for comparison, the G80 has a score of around 200,000 points and the only difference we see here is due to the increased frequency of GPU which is a negligible 6,000 points. 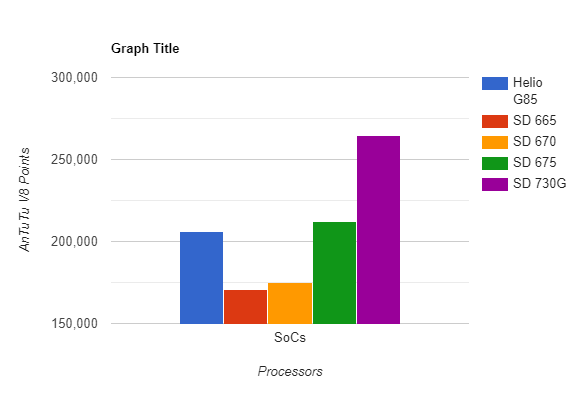 To find the best connectivity, let’s compare the 4G LTE speed, as well as the other connectivity features. We clearly have SD 730G as the winner thanks to the Cat.15 support as well as enabling WiFi 6 in mid-end smartphones.

Helio G85 supports dual-camera 16MP+16MP, or a single camera of 48MP resolution. It also has AI camera features as mentioned in the specs sheet.

The Snapdragon 665, which has an ISP Spectra 165 equally of 14 bits 2x. It supports up to 16MP and 25MP dual cameras in a single camera. Qualcomm has also added the unique 48MP camera sensor with the use of MFNR.

Now, the Snapdragon 670 has an ISP Spectra 250 processor, also 14 bits. This is compatible with dual 16MP cameras, a single 25MP camera, and support for the single 48MP camera sensor with the use of MFNR. It can also support the 192MP single camera sensor.

The SD 675 has a similar ISP but with the addition of L naming Spectra 250L. The max single-camera dual-camera support is the same, but there’s the addition of enhanced features such as three camera support for capturing super-wide images or up to 5x optical zoom, portrait mode, and breakthrough limitless HD slo-mo recording – at up to a dazzling 480 fps (frames per second).

Let’s select a winner comparing the max resolution each of them supports for the dual and single cameras as well as the features. So, with the maximum support of 192MP for single and 32MP camera as well as bring 4K HDR and 960 fps super slow motion to the mid-end category, we have SD 730G as the winner.

Helio G85 other features include Intelligent VoW (voice on wakeup). It supports LPDDR4x RAM @1733 MHz and a 60Hz Full-HD+ display.

Among all these SoCs, SD 730G is the only one which supports Quad-HD display, and HDR 10. It also has a low power voice activation feature.

The price of all five SoCs depends on the smartphone manufacturer. None of the SoCs (Qualcomm and MediaTek) are limited to any specific phone makers, like Hisilicon Kirin is to Huawei, and Exynos to Samsung. All of these SoCs are mid-end SoCs, except for the SD 730G which is categorized in the upper mid-end category. Helio G85 featured in Redmi Note 9 is priced at $199 and Redmi Note 9 Pro at $299. SD 665 which was recently announced a month back in the Vivo Y50 is priced around $250. Snapdragon 670 phones no longer sell, but if so one can get them in refurbish or used condition for around $150 to $200. However, Snapdragon 675 phones are still releasing such as the TCL 10 Pro and Vivo V17 Pro which are priced around $290 to $390. Finally, the SD 730G is new in market and has around 8 phones already out including Redmi K30, Realme X2, and so on, ranging from $220 to $450.

MediaTek Helio G85 phones might be the cheapest one (new ones), however, SD 730G phones have the best price-to-performance ratio, because of flagships such as Redmi K30 and Realme X2 featuring it.

Concluding all this, we have the Snapdragon 730G as the best SoC among all five SoCs. It’s way ahead in almost every aspect, whether it be performance, price, or features. Then comes the Snapdragon 670 and SD 675 with a slight difference in performance and camera. Sadly, the latest among them ‘Helio G85’ only beats Snapdragon 665 in many aspects which is almost a 2 years old SoC. and the SD 670 in a few aspects. It might have a good GPU but still the AI, camera, process are a bit underwhelming. The rest of the decision depends on you and your budget.

We hoped you loved our MediaTek Helio G85 vs Snapdragon 665 vs SD 670 vs SD 675 vs SD 730G mega comparison. Want to know anything else? Let us know in the comments below. Plus, don’t forget to rate the article. 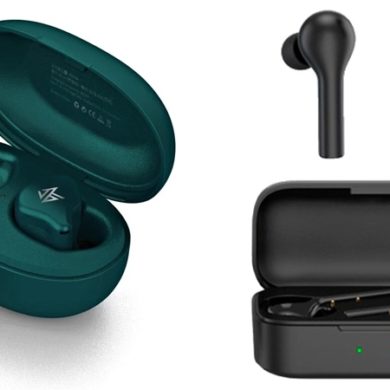