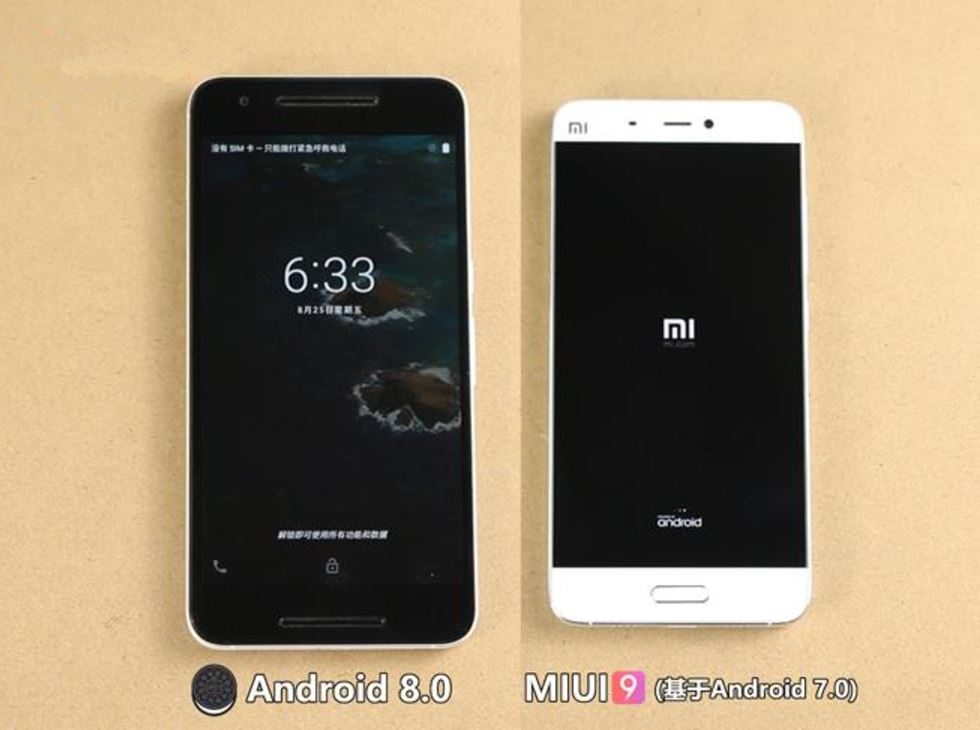 MIUI 9 Vs Android 8.0 – The Features and Optimization

To be honest, MIUI 9 is the simplest, lightest, and the fastest Android 7.0 UI we have ever seen. The features such as image search, voice assistant, customize home screen and smart app launcher, makes the UI simple and the easiest to use. Xiaomi officials describe the OS in only one word which is:

It improves the system with underlying 12 black technology optimizations. It is the only Android UI which removed more than 50 functions which were less used by the users, only to become lighter and faster. MIUI guarantees the users that the OS won’t experience any over the period delaying which is actually true. There are some hidden features in the UI as well.

However, on the other hand, Android 8.0 is a whole new Android platform. The background app monitoring has been improved. It allows some restrictions on certain apps of the user’s choice not to run in the background. The features include, new features include icon shapes, Dots for notifications similar to iOS, improved security, auto fill service, picture-in-picture mode, Wi-Fi aware, Bluetooth Low-Energy (BLE) 5.0 support, smart text selection and new New UI (App Category, New Android TV launcher, Android Studio). Google says that the speed of Android 8.0 is twice of Android 7.0 in every aspect.

In the feature section of MIUI 9 vs Android 8.0, Android 8.0 has the upper hand regarding new features introduced. The Google smart assistant is way better than MIUI smart assistant which is still under development and will be perfect in MIUI 10. However, concerning the optimization, MIUI 9 is the winner. Because with the black technology, MIUI 9 will never get old and lag over time but Android 8.0 will.

Google claims that Android 8.0 boot speed is twice faster than that of Android 7.0. Since MIUI 9 is based on Android 7.0. Let’s check the speed of both OS.

As you can see the Android 8.0 started faster than MIUI 9 not in half time but 1 second before MIUI 9 completed the boot. I guess Google compared the speed with the official stock Android 7.0.

Now heading to the most frequent daily task, app opening, and multitasking. Again, the official says that Android 8.0 has twice the speed than Android 7.0 in carrying daily activities including app opening and improved multitasking. So, let’s see how the new Android goes against MIUI 9:

Obviously, Android 8.0 is fast but lost in the app opening and multitasking competition because of the optimization. Plus, Android 8.0 has some fixes to do in the upcoming Android 8.1 update.

The famous Chinese ‘King of Glory’ was installed on both Android OS.

Like the previous test, MIUI 9 is the winner. Android 8.0 took too long to install King of Glory. Plus, we should note that Xiaomi smartphones are highly optimized for gaming especially King of Glory.

The test was conducted on Nexus 6P with SD 810 and 3GB RAM and Mi 5 with SD 820 and 4GB RAM. MIUI 9 hardware performance is almost twice than that of Android 8.0. MIUI 9 was already at an advantage from the start.